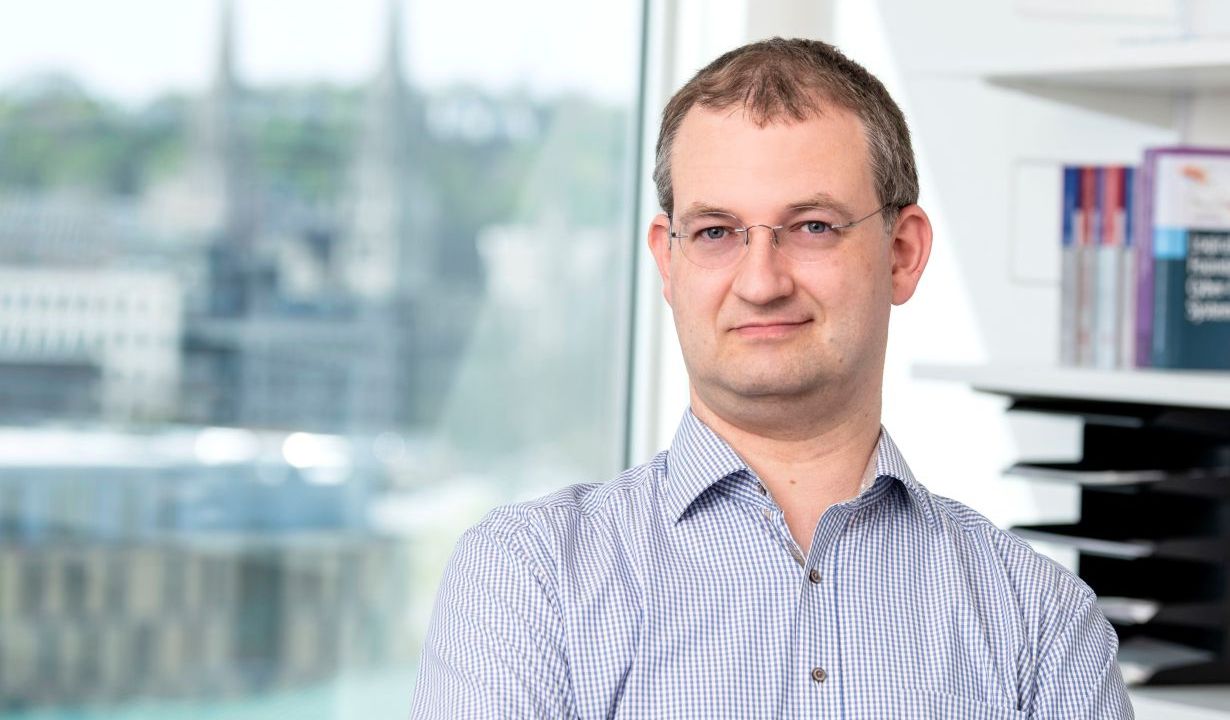 Every day 40,000 trains hurtle through the German rail network, and nearly 600 airplanes roll along the runways at the Frankfurt airport alone. For the most part, these traffic flows are regulated by computers. The interaction between the computer and communications systems and the trains and aircraft has to go smoothly. André Platzer’s research is about making such computer assistance systems extremely safe. Now Platzer, an expert in theoretical information science, is coming to KIT as a Humboldt Professor.

“KIT does research on future technologies, especially those relating to energy, mobility and information, and also on the interfaces between them. Cyber-physical systems that merge software with mechanical and electronic components, such as those used in transport or robotics, are very important in that regard. It’s a major boost for research at KIT that we have been able to attract Professor André Platzer, a world-renowned expert and a top international researcher in this field,” says Professor Holger Hanselka, president of KIT.

These cyber-physical systems (CPS), in which mechanical components are connected using networks and modern information technology, enable the management and control of complex systems and infrastructure. Platzer studies how logic and programming can ensure trouble-free interaction between computers and communications systems and moving physical components. Only when this is achieved can CPS maximize safety and efficiency while also saving time.

Platzer developed the logical principles for KeYmaera X, an open source tool used in the community to provide proof of a system’s correctness. In government and industrial collaborations, this applied fundamental research by Platzer has led to major improvements in the safety of CPS in rail and air transport and medical robotics.

At KIT, Platzer will assume the Alexander von Humboldt Professorship for Logic of Autonomous Dynamical Systems and head the new Institute for Reliability of Autonomous Dynamical Systems, where he will seek synergies for the application of reliable CPS in other fields. An expert in theoretical information science, he has been teaching at Carnegie Mellon University in Pittsburgh in the United States since 2008. For his dissertation, he won the ACM Doctoral Dissertation Honorable Mention Award. As early as 2009-10, he was listed among the top ten young scientists in the field of artificial intelligence by Popular Science magazine and IEEE Intelligent Systems.

The Alexander von Humboldt Professorship, Germany's most highly endowed international research award, is endowed with up to five million euros. With this award, the Alexander von Humboldt Foundation honors internationally leading researchers of all disciplines who have previously worked abroad. They are expected to conduct forward-looking research at German universities in the long term. The money is earmarked for the first five years of research in Germany. The award is financed by the German Federal Ministry of Education and Research. The Humboldt Professorship enables German universities to attract top international researchers and to strengthen their own profile in global competition. The award is linked to an obligation to offer the new Humboldt Professors long-term prospects for their research in Germany. Additional funding for Humboldt professorships in artificial intelligence will be available through 2024; the holders of these professorships can also investigate the social, legal or ethical aspects of artificial intelligence.

A total of 10 Humboldt Professors were selected in the current round.