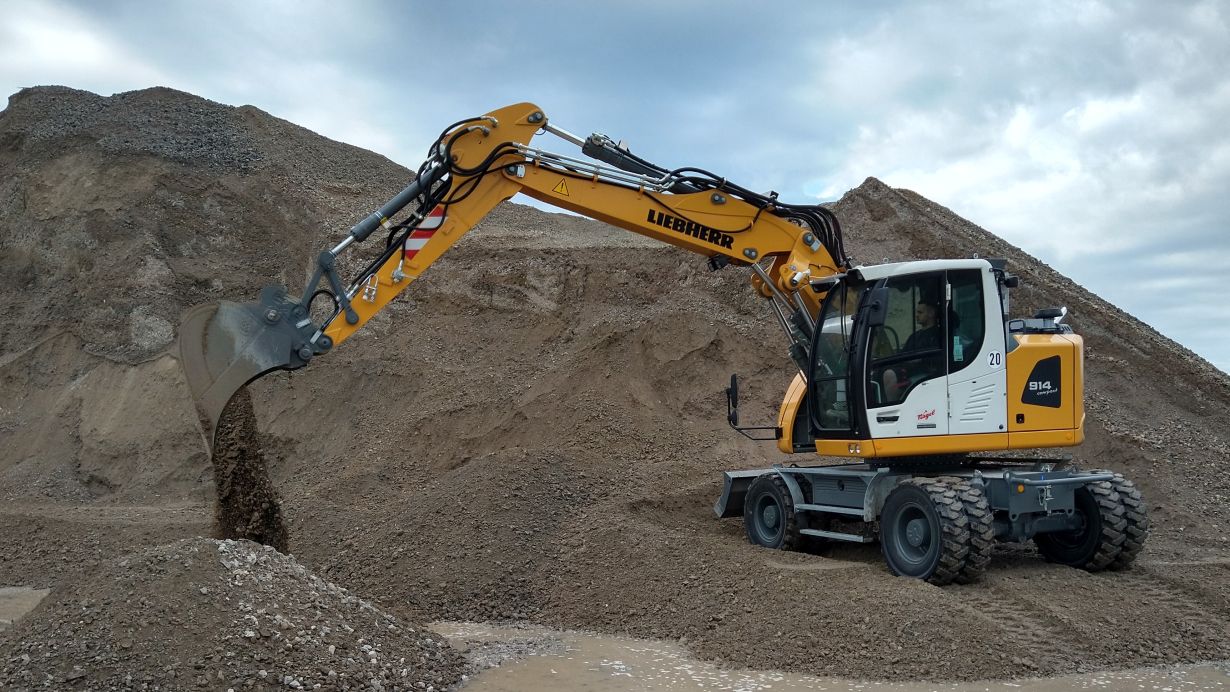 Scientists equipped this excavator with sensors and studied how it could work much more efficiently. (Photo: Niklas Bargen, KIT)

Resources and energy prices are soaring – and as a consequence, construction is getting more expensive. Besides climate change, high costs are an additional reason to save fuel in construction machinery. Scientists at Karlsruhe Institute of Technology (KIT) studied the possibilities for more efficient operation, using a hydraulic excavator with a hybrid drive as an example. They found a savings potential of around ten percent. A specialized software controlling the operation of different drives could further increase efficiency.

Hybrid drives, a combination of several different energy storage and drive technologies, have already been long established in cars, for example a combination of a gasoline or diesel engine with an electric drive. Construction machines already have several drives: A propulsion drive, a slew drive, and a work drive. All of these can potentially be a hybrid drive but currently, most excavators are equipped with diesel engines for all their drive systems. “We studied different hybridization measures to find out their potential efficiency increase,” Niklas Bargen of the Institute of Vehicle System Technology recounts. The result: “Using an electric drive for the slewing system of an excavator – that is the drive allowing the excavator to turn sideways – leads to an increase in efficiency of eleven percent when loading soil or debris onto a truck, saving around eight percent of the fuel.” With additional energy recovery from the lowering of the excavator arm – similar to regenerative brake systems in electric cars – an efficiency increase of 12,5 percent is possible.  According to Bargen, the potential saving is nine percent of the fuel. “We even expect further saving potential. For example, by using a software that continuously decides which drive to use for the excavator’s different functionalities based on demand and efficiency.”

The scientists of the sub-institute of Mobile Machines (Mobima) equipped an excavator with a number of sensors for their studies. They closely monitored the machine weighing  15 tons during one hundred days of work at different construction sites. “We then simulated different variants of hybridization on the computer and calculated their potential for increased efficiency in real operation,” Bargen explains.

Considering the estimated fuel consumption of a medium-duty excavator of 100,000 liters of diesel during its lifecycle, hybrid drives in construction machinery present considerable energy savings potential. “However, we regard hybridization as more of a bridging technology on the path to the complete electrification of construction machinery, which is still faced with great obstacles due to their high energy consumption and insufficient storage technology.”

The company Stoba E-Systems GmbH was involved in the research project, which was funded by the Ministry for Economy, Labour, and Tourism of the state of Baden-Württemberg with 300,000 euro. (mex)