Biodiversity: Land Use – Threat to and Opportunity for Bumblebees 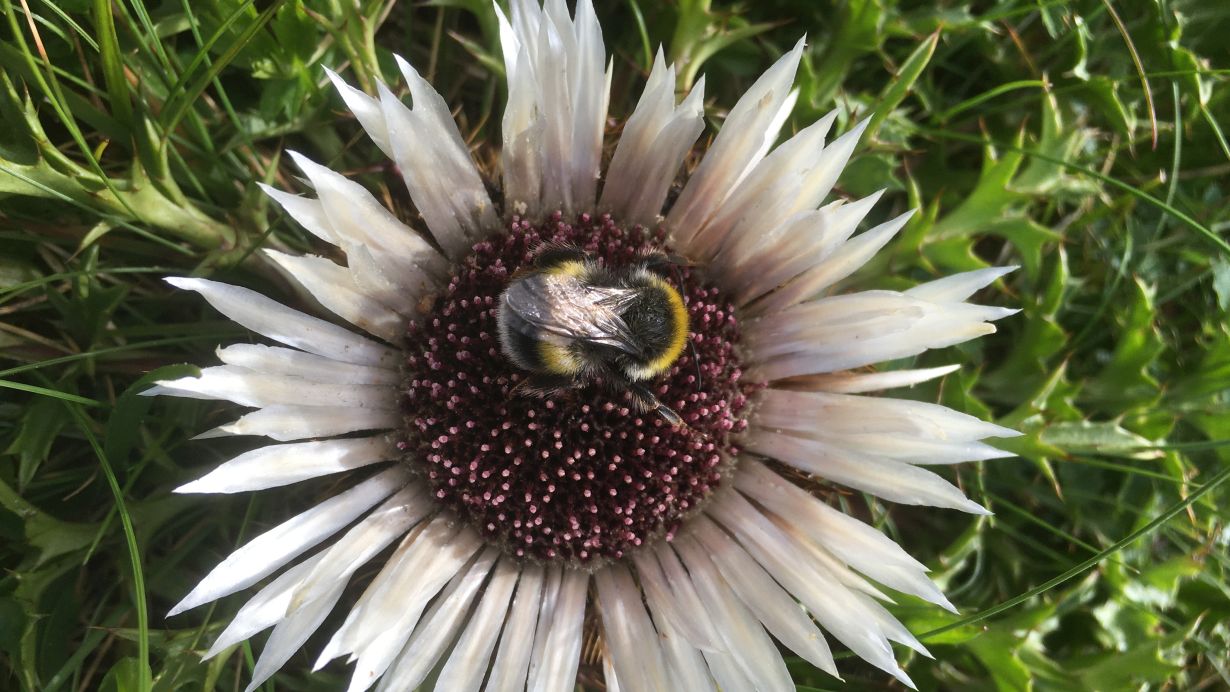 Bumblebees largely contribute to the pollination of crops. However, they are threatened by land use changes due to climate change. Long-term simulations made by researchers of Karlsruhe Institute of Technology (KIT) and partners from Italy have now shown that smart land management may stabilize some species. The results are reported in Global Change Biology. (DOI: 10.1111/gcb.15780)

The global food system depends strongly on pollination by insects. According to the European Commission, this ecosystem service can be estimated to be worth several billion euros for Europe alone. Wild pollinators, such as bumblebees, play an important role. But their dispersion areas will change as a result of climate change. “Earlier studies revealed that populations of more than half of the European bumblebee species are decreasing,” says Dr. Reinhard Prestele from the Atmospheric Environmental Research Department of the Institute of Meteorology and Climate Research (IMK-IFU), KIT’S Campus Alpine in Garmisch-Partenkirchen. “But bumblebee populations are not only threatened by climate, also by land use changes.” Although the risks of intensive agriculture are known, they were not differentiated sufficiently from climate change in continental studies. This has now been done by researchers of KIT and partners from the Joint Research Centre (JRC) of the European Commission in Ispra (Italy). They simulated the effects of land use changes on the future dispersion of European bumblebees.

For their study, the researchers calculated potential dispersions of 47 European bumblebee species for the years 2050 and 2080 in seven scenarios based on various assumptions relating to future climate and land use changes in Europe. “We compared projections for a constant climate and dynamic land use with projections for the opposite case,” Penelope Whitehorn (IMK-IFU) says. “Climate changes turned out to have the strongest total effect and to threaten the existence of many bumblebee species. In some scenarios, however, some rare species are affected by land use changes as severely as they are by climate change.” Apart from the loss of their habitat, excessive use of fertilizers and pesticides plays a role.” In this connection, other studies already revealed that colonies grow more slowly and produce less queens,” Whitehorn adds.

But simulations also show that there is a glimmer of hope for threatened bumblebee species. Determined climate protection combined with smart land management, such as increased organic farming and protected refuge areas for the species, may help stabilize some species even under moderate climate change. Development of the corresponding protection strategies, however, still requires research, Prestele says. “For concrete findings as to what may help, we still need better models of specific ecological processes, such as the role of small habitats in agricultural regions and the precise impacts of different land use methods on the life cycle of bumblebee colonies.” Long-term simulations of land use changes will not only allow to derive protection measures for bumblebees. “Our approach may also be transferred to other important wild pollinators, like wild bees and wasps,” Prestele adds. (mhe)