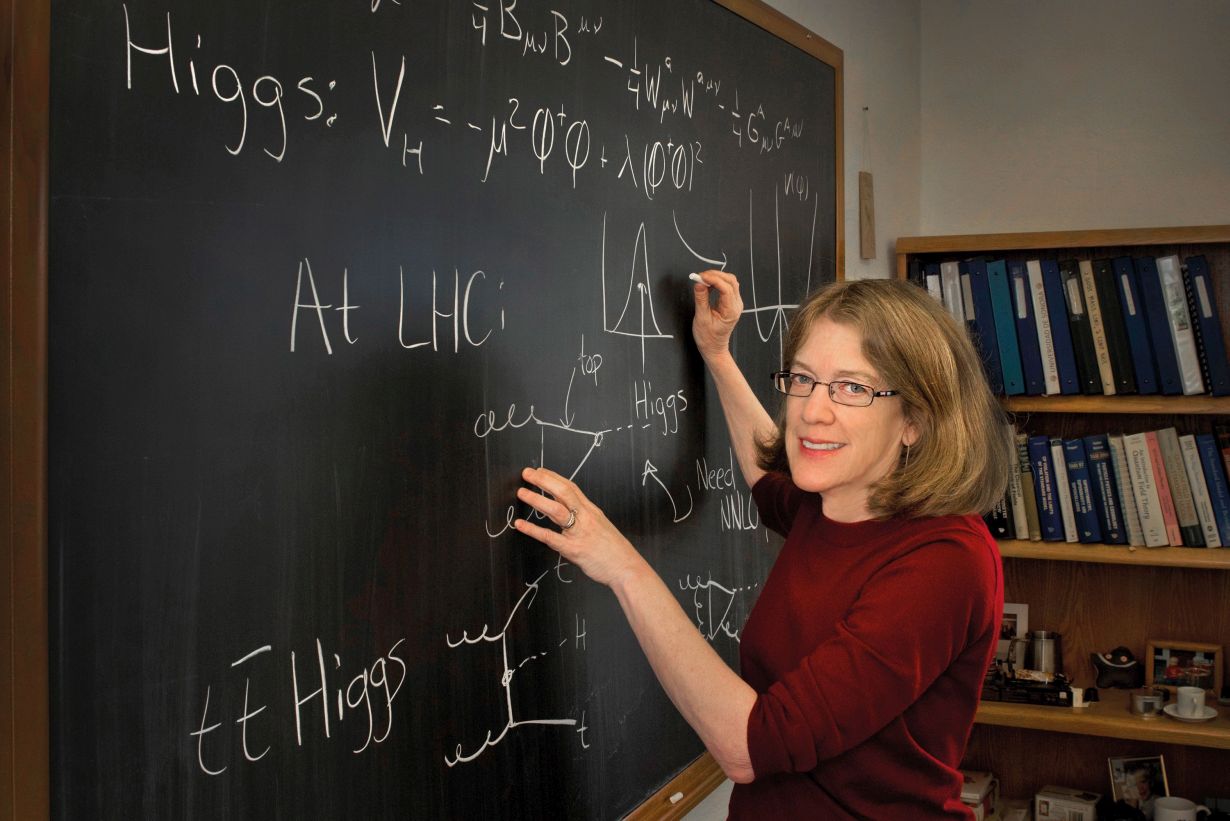 Professor Sally Dawson is granted the Julius Wess Award 2018 by the KIT Elementary Particle and Astroparticle Physics Center (KCETA) of Karlsruhe Institute of Technology (KIT). Dawson is executive scientist at Brookhaven National Laboratory, USA. Her research concentrates on Higgs boson and top quark physics as well as on their behavior in large particle accelerators.

Hadrons are a class of elementary particles subject to the so-called strong interaction. Among these particles are protons and neutrons that form atomic nuclei. Professor Sally Dawson is granted the Julius Wess Award for her outstanding scientific contributions to the theoretical description and in-depth understanding of processes in hadron colliders, large facilities in which particles are accelerated to high energies and made to collide. The award in particular acknowledges Dawson’s work relating to the physics of the Higgs boson that gives mass to matter and of the top quark, the basic building block of matter that is richest in mass. Her theoretical findings proved to be decisive for the understanding of the properties of the Higgs boson. A calculation method developed by Dawson is deemed the cornerstone of precision calculations in Higgs physics. Her work essentially contributed to the discovery of the Higgs boson at the European Accelerator Center CERN in 2012 and to the investigation of its properties.

Sally Dawson – About the Person:

Professor Sally Dawson is executive scientist at Brookhaven National Laboratory, USA. Her outstanding contributions to theoretical particle physics are widely acknowledged by her colleagues. She has published 130 articles in referenced journals with more than twelve thousand citations. She is member of the American Physical Society and the American Association for the Advancement of Science. In 2004, she chaired the Division of Particles & Fields of the American Physical Society. In 2017, Dawson and her three co-authors of the “Higgs Hunter’s Guide” were granted the renowned J.J. Sakurai Prize for theoretical particle physics in recognition of her “instrumental contributions to the theory of properties, reactions, and signatures of the Higgs boson.” Sally Dawson’s interest in hadron collider phenomenology and Higgs physics is reflected by the research work of the KIT Institutes for Theoretical Physics and for Theoretical Particle Physics. For this reason, she is granted this year’s Julius Wess Award.

The Julius Wess Award is named after Professor Julius Wess who worked tirelessly in the area of theoretical and experimental particle physics during his twenty years of employment with Karlsruhe University, today’s KIT. During this time, he published work of outstanding international importance. Field theory terms, such as the Wess-Zumino effect or the formulation of the first super-symmetrical quantum field theory, the Wess-Zumino model, will forever be associated with his name. The Julius Wess Award of the KIT Elementary Particle and Astroparticle Physics Center (KCETA) is endowed with EUR 10,000. The research award is granted to elementary particle and astroparticle physicists for exceptional experimental or theoretical scientific achievements that expand and deepen our understanding of the fundamental laws of physics.

At the KIT Elementary Particle and Astroparticle Physics Center (KCETA), 360 employees are working to develop a strategy for future developments in this discipline. The main scientific activities are of experimental and theoretical nature and ultimately focus on the origin, development, and state of the universe and the processes taking place in it.