Successful Research on the Propagation of Waves

DFG approves further funding of the “Wave Phenomena: Analysis and Numerics” and the Transregional “Waves to Weather” Collaborative Research Centers. 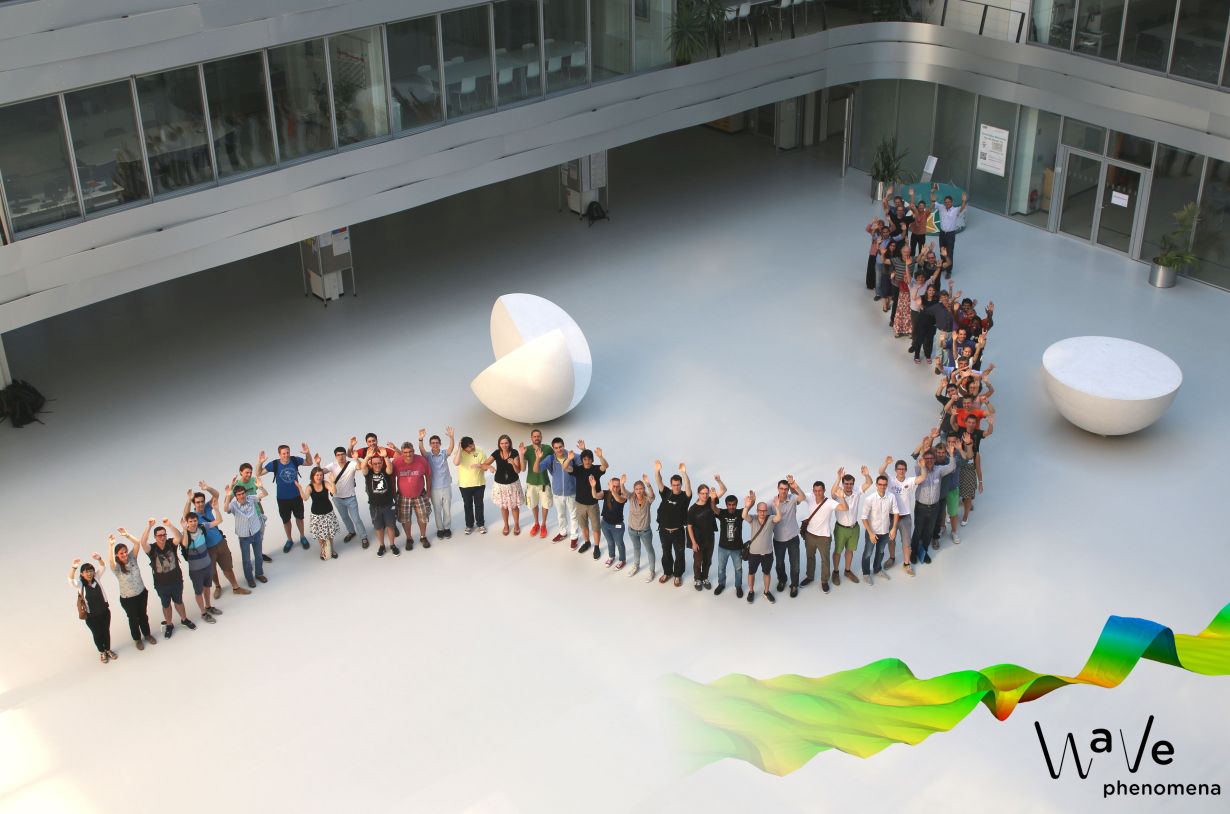 “The decision of DFG shows that interdisciplinary mathematical research is in best hands at KIT,” says Professor Oliver Kraft, Vice President for Research at KIT. “I would like to congratulate the scientists involved on this acknowledgement of their research achievements and I am at the same time looking forward to the forthcoming results of their work.” Both CRC 1173, “Wave Phenomena” and Transregional CRC 165, “Waves to Weather” are an integral part of the work at the KIT Center “MathSEE” (Mathematics in Sciences, Engineering, and Economics) that pools theoretical mathematical, and application-oriented research.

Collaborative research centers (CRCs) are research programs of universities scheduled for a duration of up to twelve years (usually three times four years), in which researchers work on complex topics, crossing the boundaries of disciplines, institutes, and departments. In a Transregional CRC, scientists from several universities cooperate in a transregional manner. These CRCs contribute to defining the profiles of the participating universities and to supporting young scientists.

CRC 1173, “Wave Phenomena: Analysis and Numerics” will be funded with more than EUR 10 million over the next four years, More than 80 KIT researchers work at the Collaborative Research Center, supported by groups from the Universities of Stuttgart and Tübingen and the TU Wien. The mathematicians, physicists, and electrical engineers conduct interdisciplinary research on the basic properties of acoustic, electro-magnetic, and elastic waves. Application-specific studies in the areas of optics, photonics, biomedical theory, and applied geophysics are combined with the fundamental research in mathematics.

Waves are everywhere. For example, most modern communication is based on electromagnetic waves; acoustic waves, in turn, are used for seismic measurements of the soil conditions. “The propagation of waves can be described by differential equations and gives rise to a number of fascinating mathematical problems,” says CRC 1173 spokesperson Professor Marlis Hochbruck. “The goal of our CRC is to give answers to these urgent questions. These answers are of great importance for scientific and technological progress, both in fundamental research and in the applications”.

Another achievement of the “Wave Phenomena” CRC, besides the gain of scientific knowledge, is to promote junior scientists. Young researchers who write their dissertations while working in the CRC, benefit from the interdisciplinary environment, the collaboration with renowned scientists and the exchange with guests who enjoy an excellent international reputation. With its continued funding, DFG acknowledges the success to date of the CRC and emphasizes the international visibility of KIT in the research of wave phenomena.

In Transregional CRC 165 “Waves to Weather” (W2W), scientists of KIT, Ludwig-Maximilians University of Munich as coordinator, Johannes-Gutenberg University of Mainz, Technical University of Munich, German Aerospace Center (DLR) Munich, and Ruprecht-Karls University of Heidelberg cooperate in a transregional manner in order to realize a new generation of weather forecasts. W2W concentrates on identifying the limits of predictability, in particular of wavelike air movements, in various situations and on making the physically best possible predictions.