Impact of air pollution on climate, humans and the environment as well as the role of the West African summer monsoon – German-African consortium presents policy brief 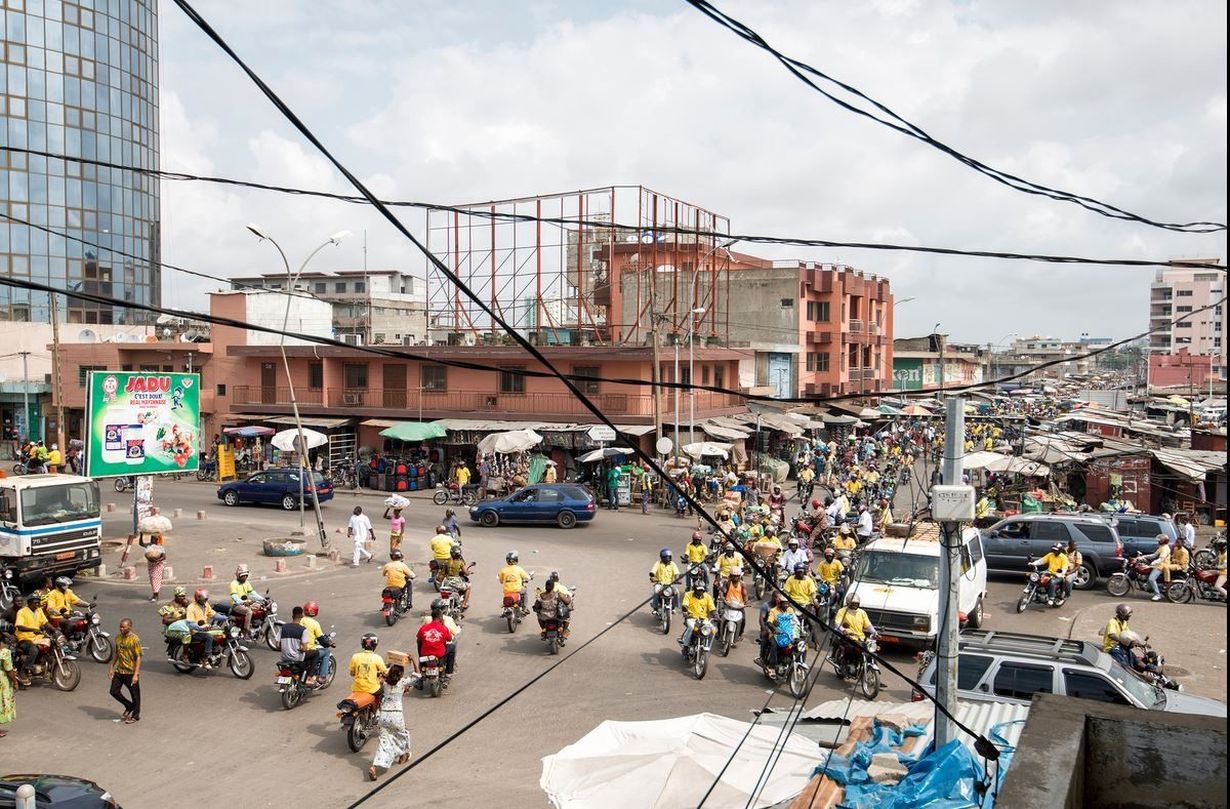 Explosive population growth, urbanization and a growing economy – the air over West Africa is exposed to a lot of stress. However, so far there is hardly meaningful information on the effects on health, weather and climate. The Karlsruhe Institute of Technology (KIT) coordinated the European-African consortium "DACCIWA", which has collected new data to investigate the causes and effects of air pollution. The study also examined the interaction of air composition and summer monsoon. The research team published their results in a policy brief.

The World Health Organization (WHO) estimates that each year, around seven million people die from the effects of polluted air. "In West African cities, the concentrations of small particles often cross the borders of the WHO," says Professor Peter Knippertz of the Institute of Meteorology and Climate Research of KIT (IMK). On the one hand, the particles have their origin in human actions: charcoal fires, waste combustion in cities or savanna fires emit fine particles into the air. On the other hand, there are particles of natural origin: "Winds from the north carry sand from the Sahara to the western parts of the region," says Knippertz. The climate researcher coordinated the DACCIWA project (Dynamics-aerosol-chemistry-cloud interactions in West Africa), which examined the entire chain of natural as well as human-made emissions for the first time, from formation and distribution to the effects. For closing the project, the consortium published a policy brief that presents the most important results, campaigns and outlooks and provides concrete recommendations for action.

DACCIWA: Results and Recommendations for Action

Collecting comprehensive data was the biggest challenge. "There was no adequate air quality monitoring system in South West Africa," says Knippertz. "Previous computer models could not reliably map the complex atmospheric dynamics and chemistry in West Africa." Therefore, scientists had to gather up-to-date data on the composition of the atmosphere, clouds and air, as well as information on health risks and diseases. The results show that air pollution has already reached a health-damaging level: During the dry season, the concentration of fine particles in the atmosphere is highest, as desert dust from the Sahara and smoke from fires in savannah are mixed in the air in addition to the fine dust that originates in cities. 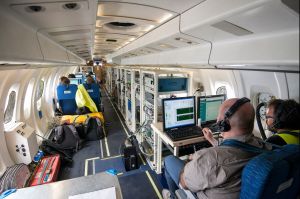 In flight and field surveys, the scientists examined the development and distribution of particulate matter over West Africa (photo: Sébastien Chastanet)

During the summer monsoon season, particulate matter from Central Africa, which can be transported thousands of kilometers by the prevailing south wind, appear additionally to local emissions. "In our field surveys, we were able to detect 20 to 40 percent of the particles already above the ocean," says Knippertz. Due to the high humidity during the monsoon, the particles can absorb more water. This tarnishes the atmosphere significantly so that less sunlight reaches the ground. "This influences air circulation, cloud formation and precipitation probability," explains Knippertz. "In the long run, this could affect food production, water and electricity." 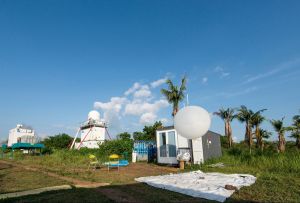 Computer simulations by the DACCIWA project team indicate that temperatures in West Africa are expected to increase by one to three degrees Celsius by 2050, depending on geographic location. In addition, the increased particle concentration in Southwest African cities can entail significant risks to the public health and increase respiratory, cardiovascular and skin diseases: "For the first time, we have shown that the number of hospital visits due to these health problems is closely related to the concentration of particulate matter in the air," says Knippertz. "Especially during the rainy season, the number of known cases of illness increased, which may suggest that humidity amplifies the effects of air pollution on humans."

With the new data and analyses, scientists can provide more accurate climate, weather and health forecasts, not only for West Africa, but also for regions further away: "For example, we know that the West African monsoon can affect European weather and is an important factor for Atlantic hurricanes," explains Knippertz. DACCIWA thus lays the foundations for more precise climate, weather and air quality models, which enable a more sustainable development policy.

More about the project DACCIWA

For five years, scientists collected and evaluated data in West Africa by coordinated measuring flights with three research aircrafts of the German Aerospace Center (DLR), the French research institutions CNRS, Météo-France and CNES, and the British Antarctic Survey. On board, the different aircrafts had similar measuring instruments to collect a maximum of reference data. To capture urban emissions, scientists set up four measurement sites in Abidjan and Cotonou and evaluated health data. In addition, climate researchers of the IMK under guidance of Dr. Norbert Kalthoff recorded a multitude of relevant meteorological parameters with the atmospheric observation system "KITcube" in the Beninese Savé. At the same time, the research group of Professor Andreas Fink, KIT's expert on the African climate, coordinated a large-scale meteorological balloon campaign in four West African countries.