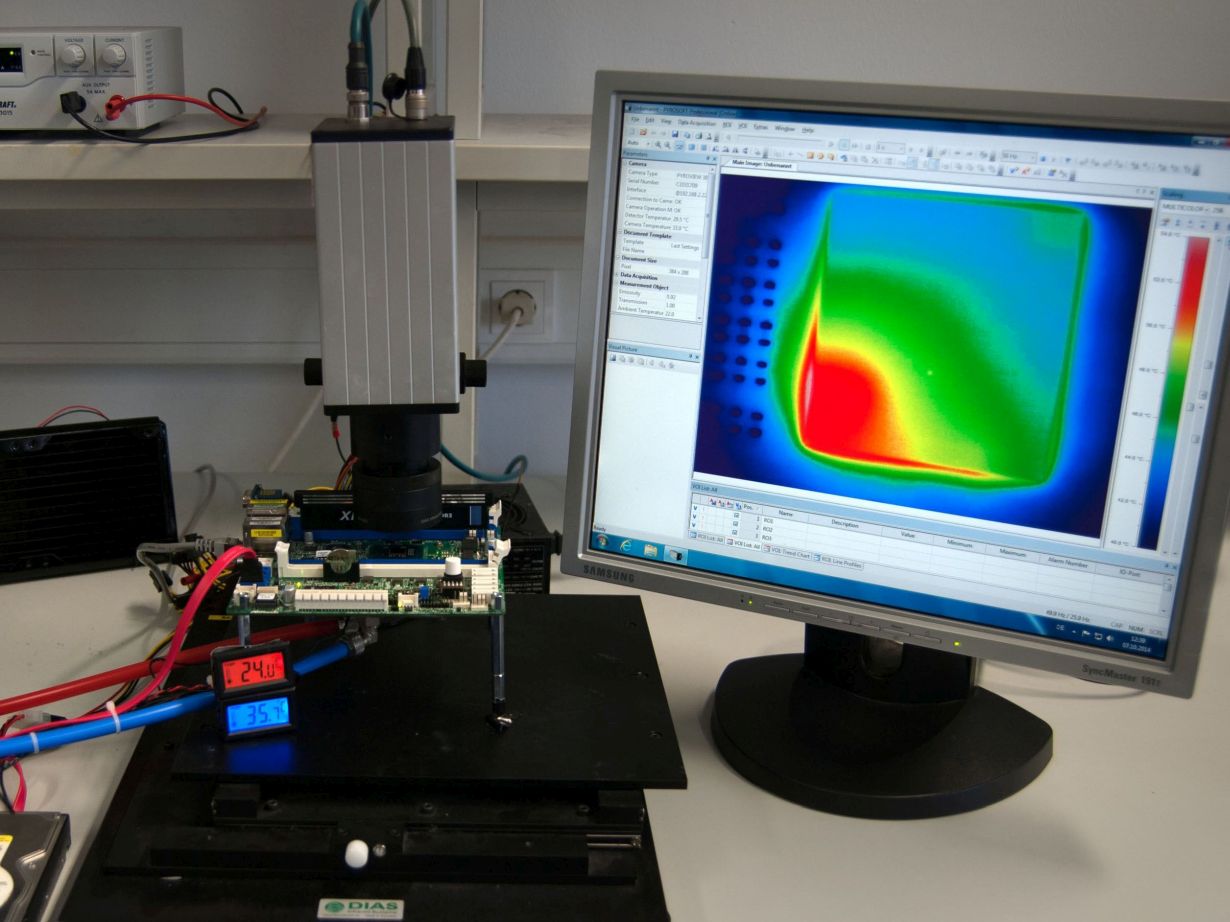 Miniaturization of computer chips is a perfect gateway for attacks by hackers: Microchips are highly sensitive and might be destroyed physically by specific overloading. Researchers of Karlsruhe Institute of Technology have now demonstrated that monitoring of the processors’ thermal patterns allows conclusions to be drawn with respect to manipulative control commands. This might give rise to a new generation of computer chips with integrated intelligent monitoring systems that self-adapt to new threats.

Technological progress in the electronics sector, such as higher speeds, reduced costs, and smaller sizes, result in entirely new possibilities of automation and industrial production, without which “Industry 4.0” would not be feasible. In particular, miniaturization advanced considerably in the last years. Meanwhile, physical flow of a few electrons is sufficient to execute a software. But this progress also has its dark side. Processors for industrial production of less than 10 nm in dimension are highly sensitive. By specific overloading through incorrect control commands, hackers might initiate an artificial aging process that will destroy the processors within a few days. To defend such attacks on industrial facilities in the future, researchers of KIT are now working on a smart self-monitoring system.

The new approach is based on identifying thermal patterns during normal operation of processors. “Every chip produces a specific thermal fingerprint,” explains Professor Jörg Henkel, who heads the team at the Chair for Embedded Systems (CES). “Calculations are carried out, something is stored in the main memory or retrieved from the hard disk. All these operations produce short-term heating and cooling in various areas of the processor.” Henkel’s team monitored this pattern with sensitive infrared cameras and reproduced changes in the control routine from minimum temperature changes or temporal deviations of a few milliseconds. The setup with infrared cameras was used to demonstrate feasibility of such thermal monitoring. In the future, sensors on the chip are planned to assume the function of the cameras. “We already have temperature sensors on chips. They are used for overheat protection,” Jörg Henkel says. “We will increase the number of sensors and use them for cyber security purposes for the first time.” In addition, the scientists want to equip the chips with neural networks to identify thermal deviations and to monitor the chip in real time.

The researchers think that their smart heat control will be applied in industrial facilities first. As mostly static control routines are executed, deviations are easier to identify than in a smartphone, for instance. However, also industry computers are exposed to dynamic threats. “As soon as the hackers will know that we monitor temperature, they will adapt,” computer scientist Hussam Amrouch, who works in the team of Jörg Henkel, explains. “They will write smaller or slower programs, whose heating profiles will be more difficult to identify.” Right from the start, the neural networks will therefore be trained to identify even modified threats.