Quantum Computing with Molecules for a Quicker Search of Unsorted Databases 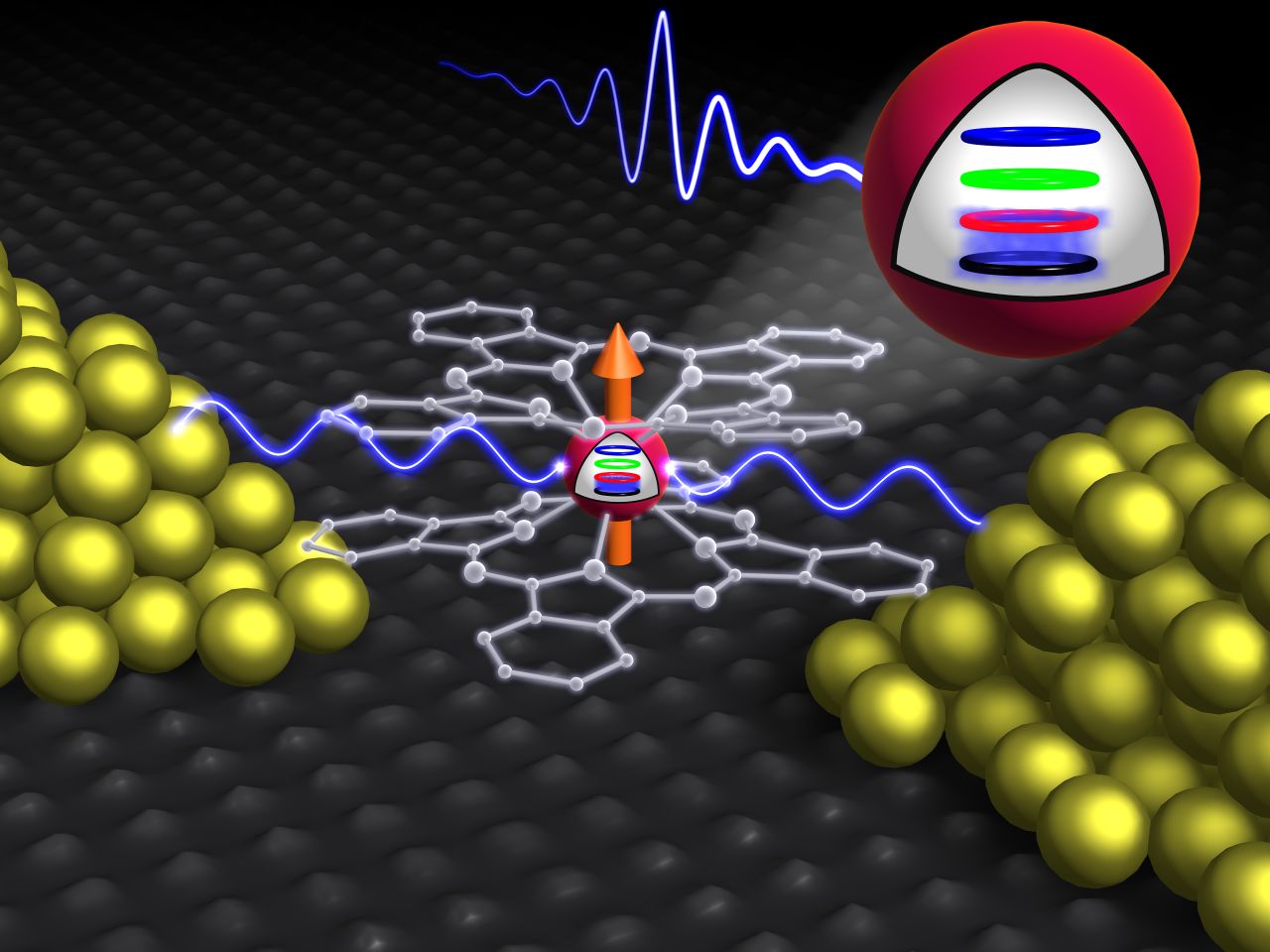 Scrapbooks or social networks are collections of mostly unsorted data. The search for single elements in very large data volumes, i.e. for the needle in the data haystack, is extremely complex for classical computers. Scientists of Karlsruhe Institute of Technology (KIT) have now quantum mechanically implemented and successfully executed Glover’s algorithm, a process for the quick finding of a search element in unsorted databases. Their results are reported in the Physical Review Letters. DOI: 10.1103/PhysRevLett.119.187702

Click here for a video showing the process: www.sek.kit.edu/downloads/Grover-quantum_algorithm_trail_short.mp4

A universal quantum computer still is a vision. Special quantum systems that promise to solve certain tasks more quickly than a classical computer, however, are already playing an important role in science. To reliably find a certain element in unsorted data, a conventional computer has to run through all search elements successively in the most unfavorable case. A quantum system with an implemented Grover’s search algorithm quadratically accelerates search.

Research teams headed by Professors Wolfgang Wernsdorfer and Mario Ruben of KIT, together with scientists of the Institut Néel (Grenoble), have succeeded in doing this: The scientists applied Grover’s algorithm to a molecular magnet and, thus, created a quantum system, whose task is the rapid finding of search elements in unsorted data.

In their latest research project, they demonstrated feasibility of a quick search for a small database of four elements. “But this method can be implemented in any quantum system with many, non-equidistant energy levels, which opens up the way towards a universal quantum search algorithm,” Professor Ruben says.

The scientists implemented Grover’s algorithm in a molecular magnet that was subjected to superposition with specially designed microwaves. Superposition is a quantum effect, in which a particle assumes different states at the same time. Upon execution of the quantum operations, a single-molecule transistor read out the search results. An animation illustrates this process.

Wolfgang Wernsdorfer, Professor of KIT’s Physikalisches Institut and Institute of Nanotechnology (INT), emphasizes that the quantum states were manipulated at very low temperatures using electric fields exclusively. “That is why we hope that this technology can be integrated into current electronic devices,” Wernsdorfer adds.

The customized molecule transistor was synthesized by Mario Ruben’s team at INT and KIT’s Institute for Inorganic Chemistry. In its center, a terbium atom with a pronounced magnetic moment, a spin, is located. The terbium is surrounded by organic molecules that shield it against external impacts.