Ceria Nanoparticles: It Is the Surface that Matters 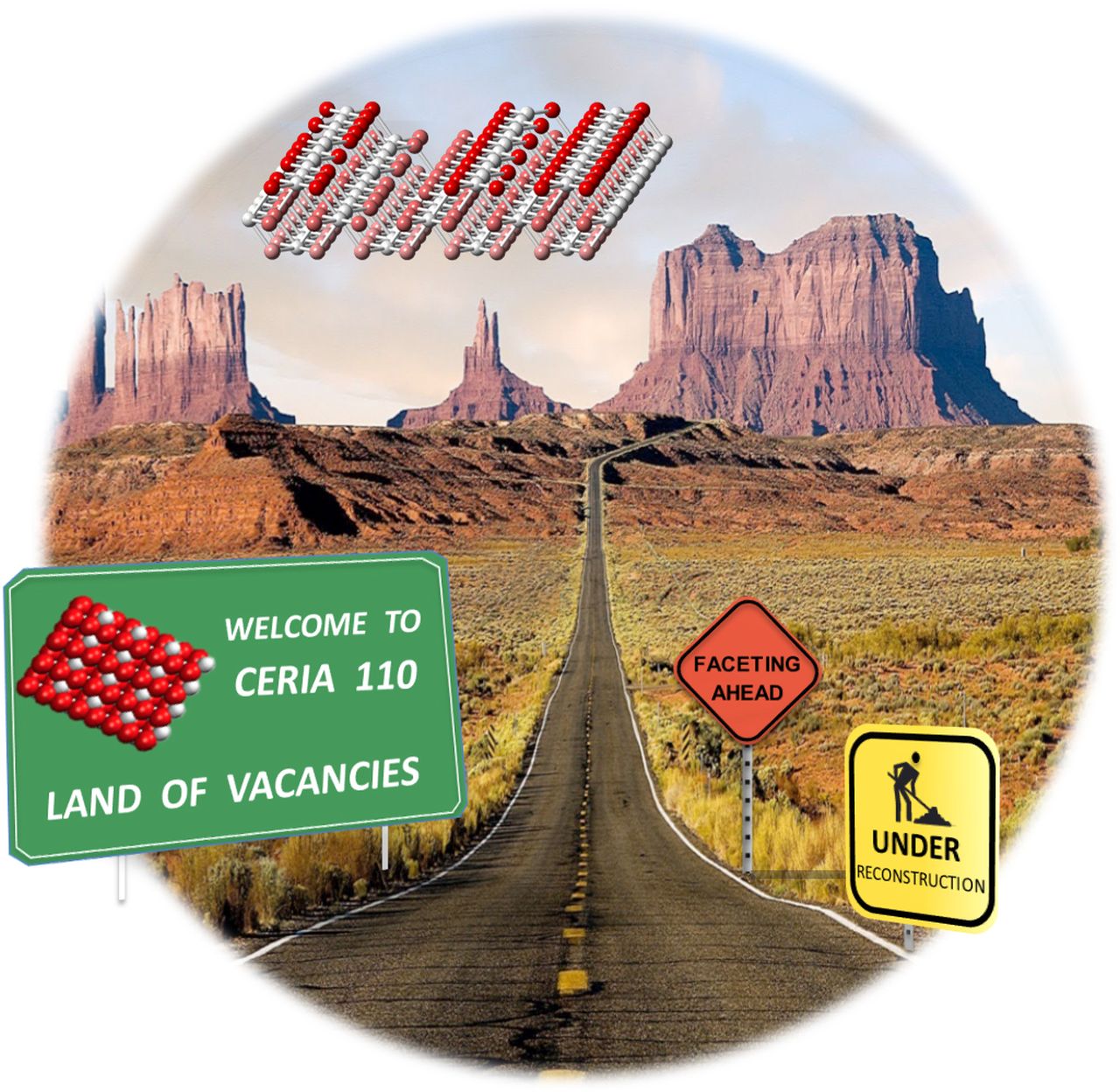 The surface of bar-shaped ceria nanoparticles is comparable with the rock formations of Monument Valley – it has a number of edges, corners, and facets. (Photo: Alessandro Trovarelli/University of Udine)

Exhaust gas cleaning of passenger cars, power generation from sunlight, or water splitting: In the future, these and other applications may profit from new findings relating to ceria. At Karlsruhe Institute of Technology (KIT), scientists have studied ceria nanoparticles with the help of probe molecules and a complex ultrahigh vacuum-infrared measurement system and obtained partly surprising new insights into their surface structure and chemical activity. Work is reported in three articles published in the journal Angewandte Chemie (applied chemistry).

Cerium oxides, compounds of the rare-earth metal cerium with oxygen, are among the most important oxides for technical applications. Ceria is mainly used in heterogeneous catalysis, examples being exhaust gas catalytic converters of passenger cars, photocatalysis in solar cells, water splitting, or the decomposition of pollutants. Ceria as used in catalytic converters has the form of a powder. It consists of nanoscaled particles (one nanometer corresponds to one billionth of a meter) of highly complex structure. Special arrangement of the metal and oxygen atoms on the surface determines the physical and chemical properties of ceria. So far, however, it has been impossible to exactly analyze the rearrangement and reconstruction processes taking place at the surface of the nanoparticles.

At KIT, scientists of the Institute of Functional Interfaces (IFG) under the direction of Professor Christof Wöll established a new method to study chemical properties of oxide surfaces in the past years: They use small molecules, such as carbon monoxide (CO), molecular oxygen (O2), or nitrous oxide (N2O), as probe molecules. These molecules attach to the surface of the oxide nanoparticles. Then, the researchers determine vibration frequencies of the probe molecules. “This approach has led to major progress in the understanding of surface properties of ceria nanoparticles,” Christof Wöll says.

Together with scientists of the Institute of Catalysis Research and Technology (IKFT) of KIT, Humboldt-Universität zu Berlin, the University of Udine/Italy, and the Polytechnical University of Catalonia in Barcelona/Spain, the IFG researchers studied various aspects of the surface structure and chemical activity of ceria nanoparticles. Their results are now published in three articles in the journal Angewandte Chemie (applied chemistry).

The main reason of the progress achieved is that the researchers succeeded in verifying the vibration frequencies measured for the powders by measurements using exactly defined model substances. For this, they applied a complex ultrahigh vacuum-infrared system that is the only of its kind in the world. Moreover, they used the results of quantum mechanics calculations to allocate the previously unknown vibration bands of the oxide particles. In this way, they gained entirely new, partly unexpected insights into the surface chemistry of ceria nanoparticles.

The scientists proved that the surface of a bar-shaped ceria nanoparticle has a number of defects, such as sawtooth-shaped nanofacets, oxygen vacancies, corners, and edges. These irregularities probably lead to the high catalytic activity of such nanoparticles. In addition, the researchers found that photoreactivity of ceria can be enhanced considerably by the generation of oxygen vacancies, i.e. unoccupied oxygen sites. Another study yielded basic information on the position of oxygen vacancies on various ceria surfaces and their relevance to oxygen activation. “Based on our findings, we can now systematically further develop and optimize nanoscaled ceria-based catalytic converters and photocatalysts,” Professor Wöll says.