Dynamic Catalytic Converters for Clean Air in the City 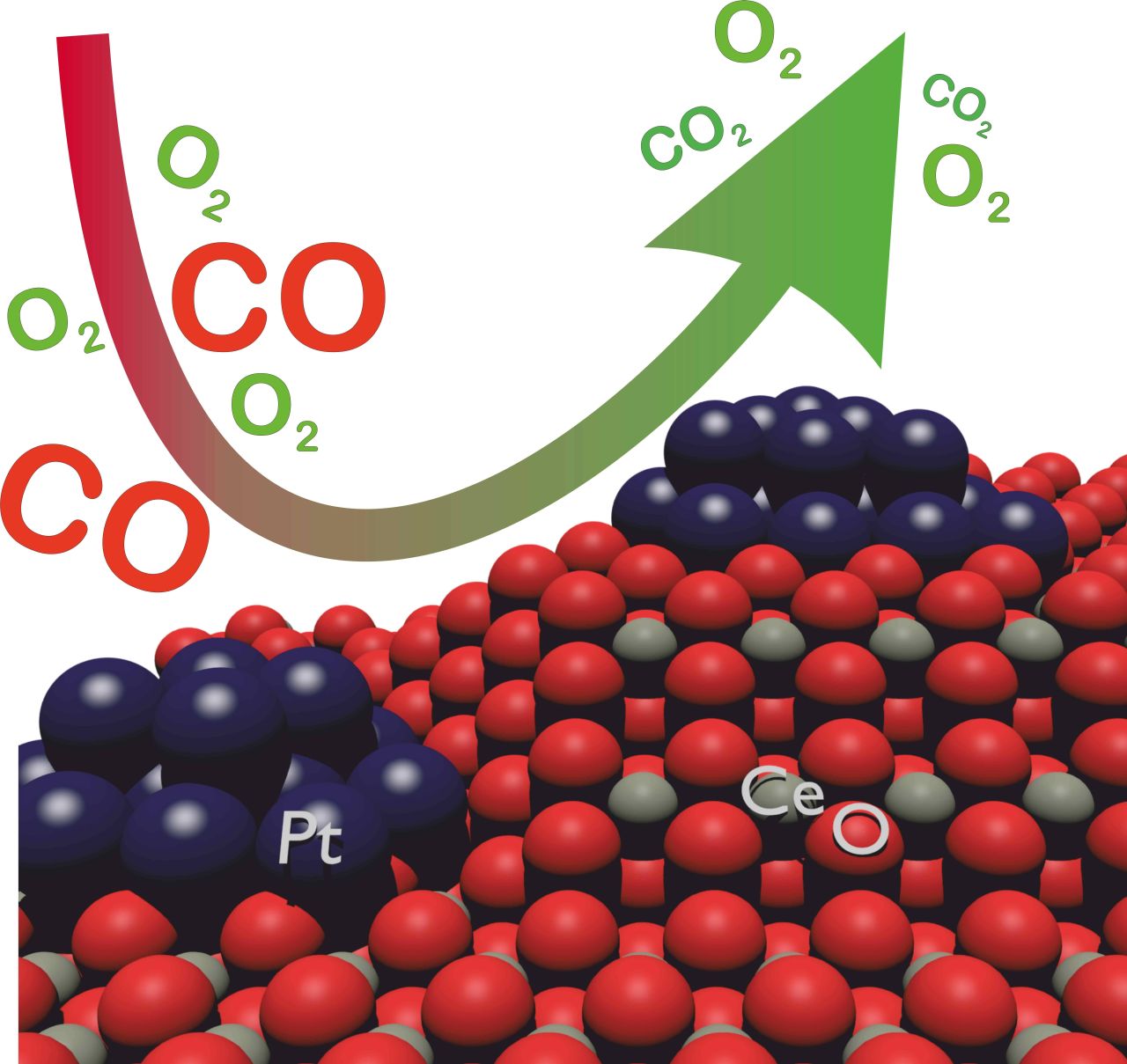 Reducing pollutant emission of vehicles and meeting stricter exhaust gas standards are major challenges when developing catalytic converters. A new concept might help to efficiently treat exhaust gases after the cold start of engines and in urban traffic and to reduce the consumption of expensive noble metal. It is based on the interaction between platinum and the cerium oxide carrier to control catalytic activity by short-term changes of the engine’s operation mode, researchers report in the journal Angewandte Chemie (Applied Chemistry).

Thanks to its good catalytic properties, platinum is often applied in catalytic converters of vehicles. Presently, about 60% of European platinum trade are used for this purpose. Using a diesel oxidation catalytic converter (DOC), in which afterburning of hydrocarbons and carbon monoxide takes place, the scientists of Karlsruhe Institute of Technology (KIT) and their partners found that the particle size and oxidation state of the platinum component during operation can be modified specifically. Interactions between the carrier material and the applied noble metal play an important role. The results reflect a highly dynamic catalytic converter surface that reacts extremely sensitively to external impacts, such as exhaust gas composition. The researchers present ways of using this dynamics to improve catalytic converters.

“The special thing is that we can adjust the size and state of the noble metal nanoparticles on the surface of the catalytic converter. The methods enable us to do this under relevant and even real operation conditions and, hence, to directly adjust the catalytic activity of materials,” says Andreas Gänzler, scientist of KIT’s Institute for Chemical Technology and Polymer Chemistry (ITCP) and main author of the study “Tuning the Structure of Platinum Particles on Ceria In Situ for Enhancing the Catalytic Performance of Exhaust Gas Catalysts” published in the latest issue of the journal Angewandte Chemie (Applied Chemistry). In their study, the researchers demonstrated how sensitively the state of platinum reacts to the composition, i.e. the ratio of carbon monoxide and oxygen, and the temperature of the exhaust gas. Engine operation already is modified specifically in exhaust gas aftertreatment systems used today. In this way, exhaust gas composition is adjusted for the regeneration of particulate filters or NOx storage catalytic converters. The study reveals that it is also possible to optimally set the active platinum component in order to enhance activity of the catalytic converter and reduce the consumption of noble metal.

In the course of the German-French cooperation project, complex methods were used to observe the materials under operation conditions. By means of environmental transmission electron microscopy (ETEM), structural modifications on the atomic level of the material were visualized. X-ray absorption spectroscopy at the SOLEIL synchrotron in the French St. Aubin and at the KARA Karlsruhe Research Accelerator of KIT was applied to study the processes under realistic exhaust gas conditions. “Based on these observations of catalytic converter materials under real conditions, findings can be transferred much more quickly to application,” Gänzler points out.

With the help of the findings obtained, catalytic activity of diesel oxidation catalytic converters can be enhanced at low temperature. From their observations, the scientists derived a promising basic concept to specifically adjust the size and structure of platinum particles as a function of the catalytic activity required during operation. The concept can be used among others to significantly improve catalytic performance after the cold start of combustion engines and when driving in urban traffic. “The structure of the noble metal nanoparticles can be influenced by short-term modifications of the engine operation mode, for instance,” Gänzler says.

Based on the findings, current and future new types of catalytic converters can be improved and their economic efficiency can be increased, as the noble metal concentration can be reduced by up to 50%. The study that is considered “one of the big highlights in catalytic converter research” by Professor Jan-Dierk Grunwaldt of ITCP meets with big interest of experts. It was carried out in the course of the project “ORCA – Oxidation/Reduction Catalytic Converter for Diesel Vehicles of the Next Generation” that is part of the Deufrako German-French research collaboration. The project is funded with EUR 960,000 by the Federal Ministry for Economic Affairs and Energy. Apart from KIT, the Institut de Recherches sur la Catalyse et l’Environnement de Lyon (IRCELYON), TU Darmstadt, the Solvay company, and Umicore AG & Co. KG, a materials technology and recycling company in Hanau, take part in the collaboration project.