Werner Zorn Is Member of the Internet Hall of Fame 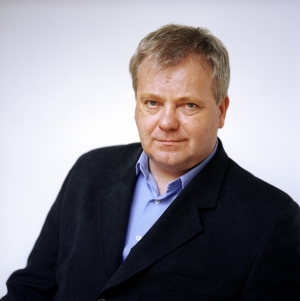 The computer scientist Professor Werner Zorn from Karlsruhe has been admitted to the Internet Hall of Fame by the Internet Society. He is one of 32 internet pioneers worldwide, who are honored in 2013 for their extraordinary achievements relating to the development and dissemination of the internet. The Internet Society recognizes Zorn’s merits in the introduction of electronic mail and development of the internet in Germany.

After his studies of electrical engineering at the then Universität Karlsruhe (today’s KIT), Zorn first worked as a member of the scien-tific staff of Karl Steinbuch and did his doctorate in 1971. From 1972, he headed the newly established informatics computer department (IRA) at Universität Karlsruhe, where he paved the way for the introduction of the internet in Germany. A major step was the connection to the US Computer Science Network (CSNET), from which the first electronic mail arrived in Karlsruhe on August 03, 1984. At that time, it was impossible to foresee how quickly electronic mailing would turn into one of the most important communication media. Three years later, the research group established a CSNET connection to China.

In 1989, Werner Zorn succeeded in establishing the first German direct connection to the American NSF-NET. Via the service provid-er Xlink, German universities and commercial companies were able to connect to major parts of the global internet at that time. In 1993, Xlink became an autonomous spinoff of the university. In 2001, Zorn moved to the Hasso Plattner Institute, Potsdam, to hold the Chair for Communication Systems. In 2006, he was awarded the Federal Cross of Merit.