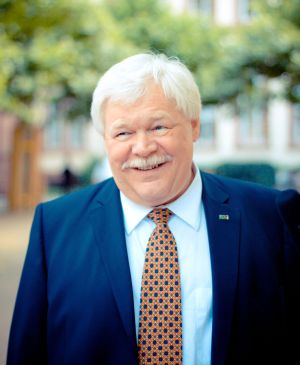 KIT President Professor Horst Hippler is about to leave Karlsruhe Institute of Technology (KIT) to take up his full-time work as President of the German Rectors’ Conference (HRK) in Bonn. Hippler was elected in April. His former colleague in office, Professor Eberhard Umbach, will be the sole president of KIT in the future.


“Horst Hippler is the mastermind and one of the biggest advocate of the KIT concept. He has pushed this merger of a university with a national research center, which so far has been unique in Germany,” says KIT President Eberhard Umbach. “With his visionary ideas and his enormous persuasive power, Hippler decisively determined the first years of KIT and tirelessly promoted the merger process. For this, we would like to thank him cordially.”

During his term of office, Hippler extended worldwide contacts and cooperative ventures of KIT in research, education, and innovation and considerably contributed to the international visibility of KIT. As regards university policy, he supported the interests of both students and scientists as KIT President and Chairman of the Baden-Württemberg Rectors’ Conference and he pleaded for a solid funding of universities.

“As President of the HRK, I will continue this work in Bonn,” emphasizes Horst Hippler. “Leaving KIT was not easy. I am still very closely attached to KIT. It was a great and exciting time: Here, in Karlsruhe, I was able to write university history as a president of the university and then as KIT President together with my fellow campaigners.”

In the future, Eberhard Umbach will be the sole President of KIT. The physicist can look back on a long academic career that led him from the universities of Munich, Stanford (USA), Stuttgart, and Würzburg to Forschungszentrum Karlsruhe (FZK) in 2007. Together with Professor Hippler, he started to develop the KIT concept in detail. Umbach considers the sharpening of the KIT profile to be one of the major tasks in the next years for a better international visibility and the continued growing together of KIT.

About Horst Hippler:
After studying physical chemistry at the University of Göttingen, Horst Hippler started his scientific career at ETH Lausanne. From there, he moved to the IBM Research Laboratory at San José, USA. After he had been conferred his post-doctoral lecture qualification at the University of Göttingen, Hippler was appointed ordinary Professor of Chemistry by Universität Karlsruhe (TH) in 1993. Following two years of work as Vice-Rector for Research, he was elected President of the Fridericiana in October 2002. Among others, Hippler was the founding president of the TU9 group and chaired the Association of Technical Universities ARGE TU/TH. From 2010 to April 2012, Hippler chaired the Baden-Württemberg State Rectors’ Conference. Since the merger into KIT in 2009, he has directed KIT as a president together with Eberhard Umbach.

An official farewell event for Horst Hippler is planned to take place in autumn this year. Representatives of the media will receive a separate invitation.