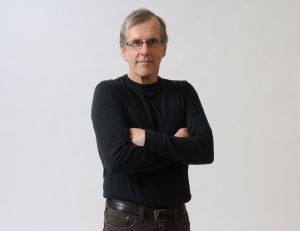 At the beginning of the 1980s, the chemist Professor Ralph G. Nuzzo paved the way for use of the first thiol-based self-assembling monolayers (SAMs). Nanotechnology is not imaginable today without that innovation. Professor Nuzzo is now honored with the Research Award of the Alexander von Humboldt Foundation. The award includes guest visits to the Institute of Functional Interfaces (IFG) at KIT and the Bielefeld Institute for Biophysics and Nanoscience (BINAS) at Bielefeld University.

Ralph Nuzzo does research and teaches at the University of Illinois at Urbana-Champaign, USA. Together with his team, he mainly studies the chemical properties of materials placing emphasis on the complex chemical processes on their surfaces and interfaces. For these studies, he uses latest state-of-the-art analytical instruments and applies methods, for instance, spectroscopy, physical characterization, and microscopic imaging, that are as well essential for characterization and processing of nanoscale materials.

The SAMs developed by Ralph Nuzzo play a significant role in Interfacial Systems Chemistry (IFSC). This novel research field comprises the complex molecular architectures applied for functionalization of surfaces. Professor Nuzzo wants to use his stay at the two institutes mainly to advance IFSC through new developments from his laboratory. “It’s always interesting to discover something new. But it is better still to do research while getting to know other ways of life,” says Nuzzo. “Here, I will have the opportunity of experiencing both and, what is more, of profiting at the same time from a world-class research environment.” During his 2012 stay in Germany, Professor Nuzzo will visit both KIT and Bielefeld University.

Together with his Bielefeld colleague Professor Armin Gölzhäuser, Professor Christof Wöll, Head of the Institute of Functional Interfaces (IFG) at KIT, had proposed Ralph Nuzzo for that outstanding award. Wöll says that “by awarding that prize to Ralph G. Nuzzo, the Alexander von Humboldt Foundation honors one of the world’s most renowned researchers in the field of surface sciences”.

The 60,000 Euro Humboldt Research Award is granted to researchers whose fundamental discoveries, inventions or novel theories have influenced essentially their fields of research and who are expected to continue being top researchers in the future. The award winners are enabled to work on research projects of their choice in Germany together with a native colleague for a period of up to one year.

About the Person
Professor Ralph G. Nuzzo has been doing research at the Department of Chemistry of the University of Illinois at Urbana-Champaign, USA, since 1991. He did his PhD in 1980 in organic chemistry at the Massachusetts Institute of Technology (MIT) and subsequently was employed at Bell Laboratories and at A.T. & T. Professor Nuzzo has been awarded several prizes, among others he has been honored with fellowships from the World Innovation Foundation and the American Academy of Arts and Sciences.