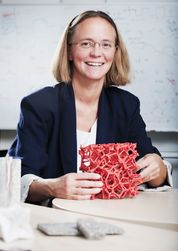 Further information in the Press Release 172/2016.

The German Research Foundation (DFG) has fully exculpated Professor Britta Nestler of Karlsruhe Institute of Technology (KIT) and Karlsruhe University of Applied Sciences from alleged scientific misconduct. Therefore, an award ceremony will be held at the annual DFG meeting in Halle tonight (July 4) where the Gottfried Wilhelm Leibniz Prize 2017 will be conferred belatedly upon Britta Nestler. The awarding of the most important German research prize had been halted in March after anonymous hints in conjunction with Britta Nestler’s research work had been disclosed to DFG at extremely short notice prior to the ceremony. As a result of an intensive review conducted by DFG that also involved external experts, the allegations now proved to be absolutely untenable. For full information see Press Release 091/2017.


last change: 2017-12-08 KIT – The Research University in the Helmholtz Association