Bill for the KIT Now Drafted

Baden-Württemberg Cabinet Has Set the Course 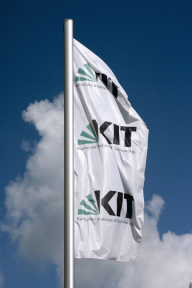 With today’s passing of the bill for the “Act on the KIT Merger“, the cabinet of the state of Baden-Württemberg has set the course for the legislation procedure to establish the KIT. After a hearing that will take several weeks, the Act may then be adopted by the state parliament. Under this Act, Universität Karlsruhe and Forschungszentrum Karlsruhe will merge to a new legal entity.

The bill among others covers the tasks of the KIT, the structure of its bodies, and organizational boundary conditions. Thus, this unique concept of a merger of a university and a non-university institution in German science is on the verge of being completed. In addition to the draft bill, the Federal Republic of Germany and the state will conclude an administrative agreement on their rights and obligations with respect to the KIT and on the further development of the KIT towards a largely autonomous institution.

“This is an important day for Universität Karlsruhe and Forschungszentrum Karlsruhe, as the beginning of the legislation procedure marks the start of the decisive phase for the establishment of the Karlsruhe Institute of Technology. We are very pleased that the draft bill now sets the legal course for the KIT merger”, says Prof. Dr. Eberhard Umbach, Chairman of the Executive Board of Forschungszentrum Karlsruhe.

“In particular our thanks are due to federal minister Dr. Annette Schavan and state minister Professor Peter Frankenberg who enabled the implementation of the KIT concept for the future on the political level”, underlines Professor Horst Hippler, President of Universität Karlsruhe. “We particularly acknowledge the extraordinary efforts undertaken by the persons involved at the responsible federal and state ministries as well as by the staff of the Forschungszentrum and Universität. Without them, this milestone would not have been reached“.

With the Act on the KIT Merger, KIT will be established as a public corporation under Baden-Württemberg law and state organization. In the future, there will be joint bodies (executive board, supervisory board, and KIT senate) as well as merged organizational units and jointly managed and coordinated research. The merger will also give rise to new and highly promising options in the fields of lecturing and innovation.

“The KIT is designed for further development”, explains Umbach. “We are pleased that the Act will allow for the start to be made and that we will have the opportunity to further develop the KIT in the future together with the Federal Republic of Germany and the state of Baden-Württemberg”, adds Hippler.

The Karlsruhe institution is a leading European energy research center and plays a visible role in nanosciences worldwide. KIT sets new standards in teaching and promotion of young scientists and attracts top scientists from all over the world. Moreover, KIT is a leading innovation partner of industry..