Plant Protection: Communication instead of Poison 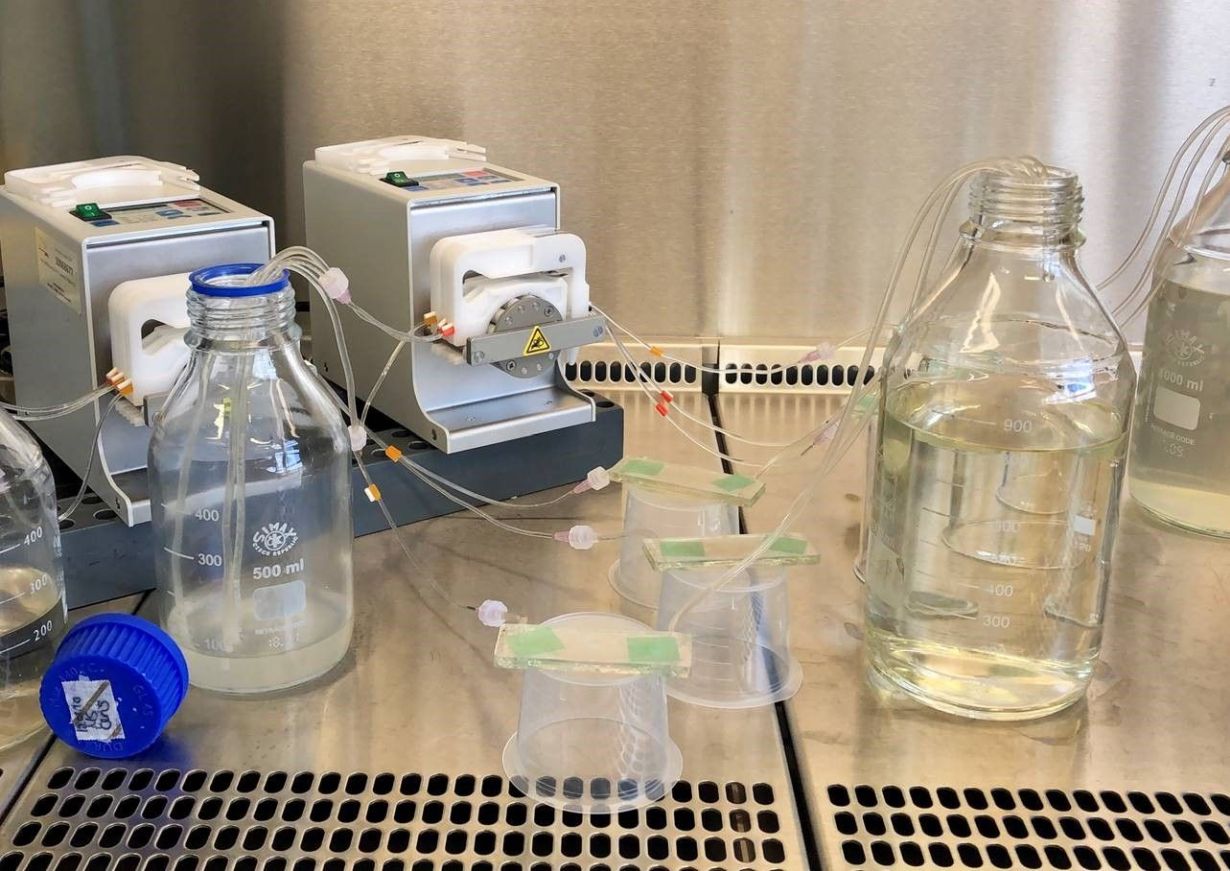 Increasing drought and heat seriously affect plants. In the Upper Rhine area, for example, climate change results in the development of new plant diseases, an example being Esca, a disease that causes vines to die. Researchers of Karlsruhe Institute of Technology (KIT) and partners have now launched the DialogProTec project that focuses on new approaches to plant protection without herbicides and fungicides. In collaboration with colleagues from Germany, France, and Switzerland, the researchers are conducting research in dialog with winegrowers, farmers, and industry. The project is funded by the EU under the border-crossing Interreg Upper Rhine program.

For plants under climate stress, a harmless fellow occupant, such as a fungus, may turn into a dangerous killer. Climate change gives rise to new diseases that pose big challenges to agriculture. At the same time, consumers and society demand sustainable and ecologically compatible plant protection solutions. “For this reason, we are looking for new approaches to protecting plants,” says Dr. Alexandra Wolf of KIT’s Botanical Institute. The biologist coordinates the research project: Chemischer Dialog als Protektive Technologie im nachhaltigen Pflanzenschutz – DialogProTec (chemical dialog as a protective technology in sustainable plant protection). Within this network, experts in the areas of plant sciences, fungal genetics, chip technology, organic chemistry, and agricultural sciences collaborate to reach their joint objective: Finding active substances for plant protection that are sustainable, because they are rooted in biological evolution. 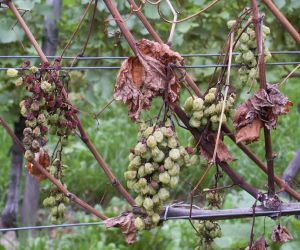 The Esca disease is caused by fungi and may lead to the dying of plant shoots or
entire vines and, hence, result in major economic losses.
(Photo: State Institute of Viticulture, Freiburg)

Nature has produced a number of chemical signals that control the interactions between organisms. Chemical communication between pathogen and plant will now be used by researchers to protect the plants. “It is all about finding signalling substances to which the plant reacts by an immune response to better defend itself against pathogens,” says Christian Metzger, scientist at the Botanical Institute headed by Professor Peter Nick. Studying chemical communication of entire plants, however, would be associated with a big effort. To test a number of signals and combinations within a short term, the doctoral researcher makes cells of plants and fungi communicate chemically on a laboratory chip without being in contact. The microfluidic chip used for this purpose was developed by scientists of KIT’s Institute of Microstructure Technology together with the botanists and is few square centimeters in dimension. To find the chemical signals that cause an immune response, a genetic switch of a European wild vine with a very strong immune system is applied, which was discovered by the Botanical Institute. The researchers plan to measure the immune response via the light of green fluorescent protein that is inserted into the DNA of the test cells before. “The interaction of nature and engineering is fascinating and enables a valuable contribution to nature protection,” Metzger says.

“Close collaboration with winegrowers in the Upper Rhine region is very important to our research, for example, to identify their need for plant protection and the application they consider practicable,” project coordinator Wolf emphasizes. When research will have identified suitable signalling substances, larger amounts will be produced. Then, their effect will be tested under close-to-reality conditions in winegrowing. The findings will be made available to industry producing pesticides.

The project that is scheduled to run until June 2022 is funded with EUR 500,000 by the European Regional Development Fund (ERDF) under the Interreg Upper Rhine program. Additional funding in the total amount of 250,000 is provided by the federal states of Baden-Württemberg and Rhineland Palatinate as well as by the French Grand Est region. Scientific partners of the research consortium are the University of Freiburg, the University of Strasbourg, the Research Institute of Organic Agriculture (FiBL) in the Swiss canton of Aargau, and the Institute for Bioengineering and Substance Research (IBWF) in Kaiserslautern, which provides 20,000 fungal stems for research.