Having Sustainability in Mind: Lithium from the Upper Rhine Graben for Batteries 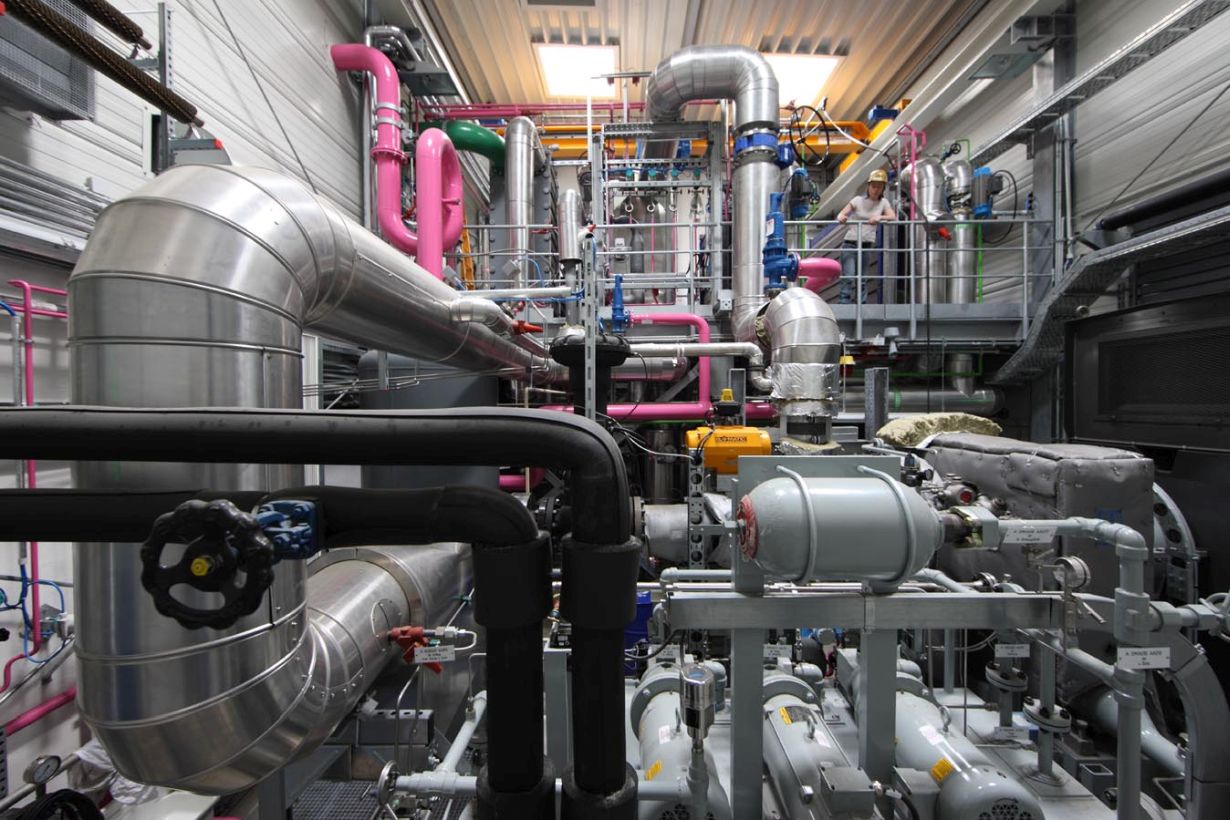 View into the interior of the geothermal plant in Bruchsal. (Photo: EnBW/Uli Deck)

Worldwide demand for lithium is increasing. The raw material is much sought-after in particular for e-mobility. To meet this increasing demand, production of lithium by deep geothermal energy plants has been discussed for some years now. Some pilot projects are being carried out at the moment, among others in the Upper Rhine valley. The Federal Ministry for Economic Affairs and Energy has now decided to fund the UnLimited project for the setup of a pilot facility at the geothermal power plant in Bruchsal by EnBW Energie Baden-Württemberg AG as consortium leader in cooperation with Karlsruhe Institute of Technology (KIT), BESTEC, HYDROSION, and the University of Göttingen.

“The water tapped in Bruchsal is relatively rich in lithium, the concentration being about 150 mg/liter water,” says Professor Jochen Kolb, Head of the Geochemistry and Economic Geology Group of KIT’s Institute of Applied Geosciences. Although it will not cover total German consumption, this domestic production will open up alternatives for supply chains and reduce the environmental impact. “Short transport paths, flexibility in supplies, supply security, and expanded supply chains: We will use geothermal waters much more efficiently,” says Kolb, “with the side effect of giving geothermal energy an economic boost.”

At the Bruchsal geothermal plant that has been jointly operated by EnBW and the Bruchsal municipal utility company since 2010, deep water is used to produce heat and power and returned into the reservoir after thermal use. Together with the water pumped, about 800 tons of lithium chloride per year are extracted and returned unused. Within the framework of a previous project, EnBW together with KIT developed a sustainable lab-scale process to extract the lithium dissolved in the deep water.

“These laboratory studies make us feel optimistic. We have proved that lithium extraction is technically feasible. Now, the next step is technical implementation under real conditions and determination of economic efficiency on a larger scale,” says Dr. Thomas Kölbel, geothermal energy expert of EnBW. “Our plant in Bruchsal is operated in a closed loop. This means that neither gases nor liquids are released into the environment. Now, we want to demonstrate sustainable and environmentally compatible production on the industrial scale.”

Efficient Use of Lithium Contained in Thermal Waters

Previous studies revealed that thermal waters have increased lithium concentrations in the Northern German Basin and in the Upper Rhine Graben. Deep water with a temperature ranging between 160 and 180°C is pumped from layers between 3,000 and 5,000 meters depth. Then, this water is passed through a heat exchanger. This exactly is the point of intervention of the scientists. They install an ion sieve that is run parallel to geothermal plant operation. “An economically reasonable extraction process may improve the profitability of such plants,” Kolb says. At the laboratory, such processes reach an efficiency of about 85 to 95%. Under real conditions, an efficiency of about 70% is envisaged.

“By means of an extensive reservoir analysis, we want to prove sustainability and economic efficiency of lithium extraction from the deep water together with our project partners,” says Dr. Jochen Schneider, Managing Director of HYDROSION GmbH. “Another important aspect is the quality of lithium and the fact that no harmful wastes are released into the environment.” Lithium extraction from a renewable energy source must meet highest environmental standards and it is absolutely necessary to transparently inform the public about the process, he emphasizes.

To estimate the lithium amounts in the geological underground, knowledge of the release processes of lithium in the geothermal reservoir and the dimension of the reservoir (circulation volume) is required. To quantify the lithium load, geoscientists of Göttingen University apply methods to study hydrogeochemical processes at the interface of solid rock and circulating fluid. For this purpose, the distribution of stable lithium isotopes is used.

Project costs amount to about EUR 3.4 million. The Federal Ministry for Economic Affairs and Energy funds the UnLimited project with EUR 2.7 million.