Karlsruhe Is the UNESCO Creative City of Media Arts

As Member of the Advisory Board, KIT Was Involved in the Development of the Action Plan 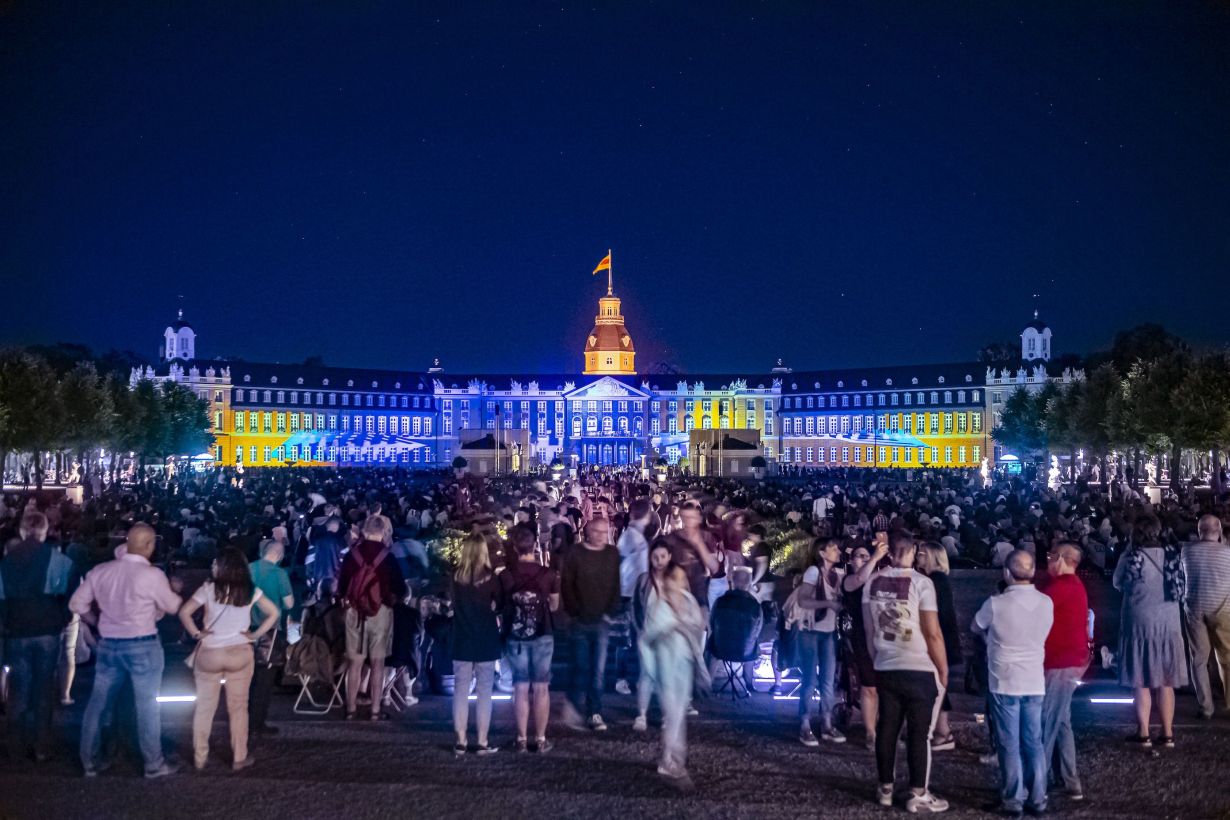 Media arts in the heart of Karlsruhe: For the SCHLOSSLICHTSPIELE light arts festival, the KIT Climate and Environment Center funded the contribution “Our only blue One” on the beauty and vulnerability of the Earth. (Photo: ARTIS – Uli Deck)

It is a sustainable success for the city of Karlsruhe: As the first city in Germany, it has been admitted to the UNESCO Creative Cities Network in the category of media arts. One of the big issues of KIT is digitalization. Wide interfaces to media arts exist in areas like information technologies, virtual or augmented reality, and public science. Researchers of Karlsruhe Institute of Technology (KIT) were involved in the development of the corresponding action plan of the city of Karlsruhe.

“We congratulate the city of Karlsruhe, a leading center of media arts, digital economy, and IT research, on receiving the title of UNESCO Creative City of Media Arts,” says the President of KIT, Professor Holger Hanselka. “Digitalization is one of the big issues of KIT. For this reason, we are partner in the network and contribute strong expertise in research, teaching, and innovation to further sharpen the profile of the city and enhance its national and international visibility.”

Due to their thematic focuses, three institutes of KIT were involved in the development of the action plan for the city’s candidacy as members of the advisory board:

•    The Institute for Information Management in Engineering (IMI) headed by Professor Jivka Ovtcharova. She also heads the LESC – Lifecycle Engineering Solutions Center that uses virtual reality, augmented reality, and mixed reality technologies to directly implement research results and demonstrate and transfer research solutions. In addition, she is Director of the FZI Research Center for Information Technology, an innovation partner of KIT.

•    The Institute for Program Structures and Data Organization (IPD) headed by Professor Ralf Reussner. He holds the Chair for Software Design and Quality (SDQ). In addition, he is Director of the KSRI (Karlsruhe Service Research Institute) and of the FZI Research Center for Information Technology.

•    The ZAK I Center for Cultural and General Studies with its founding director, Professor Caroline Y. Robertson-von Trotha. She engages in public science, by means of which ZAK communicates complex research issues to a broad public in an understandable way and, hence, promotes critical dialog. She also is member of the Culture Committee of the German Commission for UNESCO, to which she has been appointed for the fourth time since 2009.

KIT is involved in many cultural and media activities of the city of Karlsruhe. On the occasion of its 10th anniversary this year, the KIT Climate and Environment Center funded a contribution of the Maxin10sity group of artists under the artistic direction of ZKM I Center for Art and Media Karlsruhe to the Karlsruhe Schlosslichtspiele: Impressive images showed the beauty, but also the vulnerability of the Earth as our basis of life.

For more information on the successful candidacy, click the press release of the city of Karlsruhe in German (http://presse.karlsruhe.de/db/meldungen) and the website for candidacy (https://www.cityofmediaarts.de/).