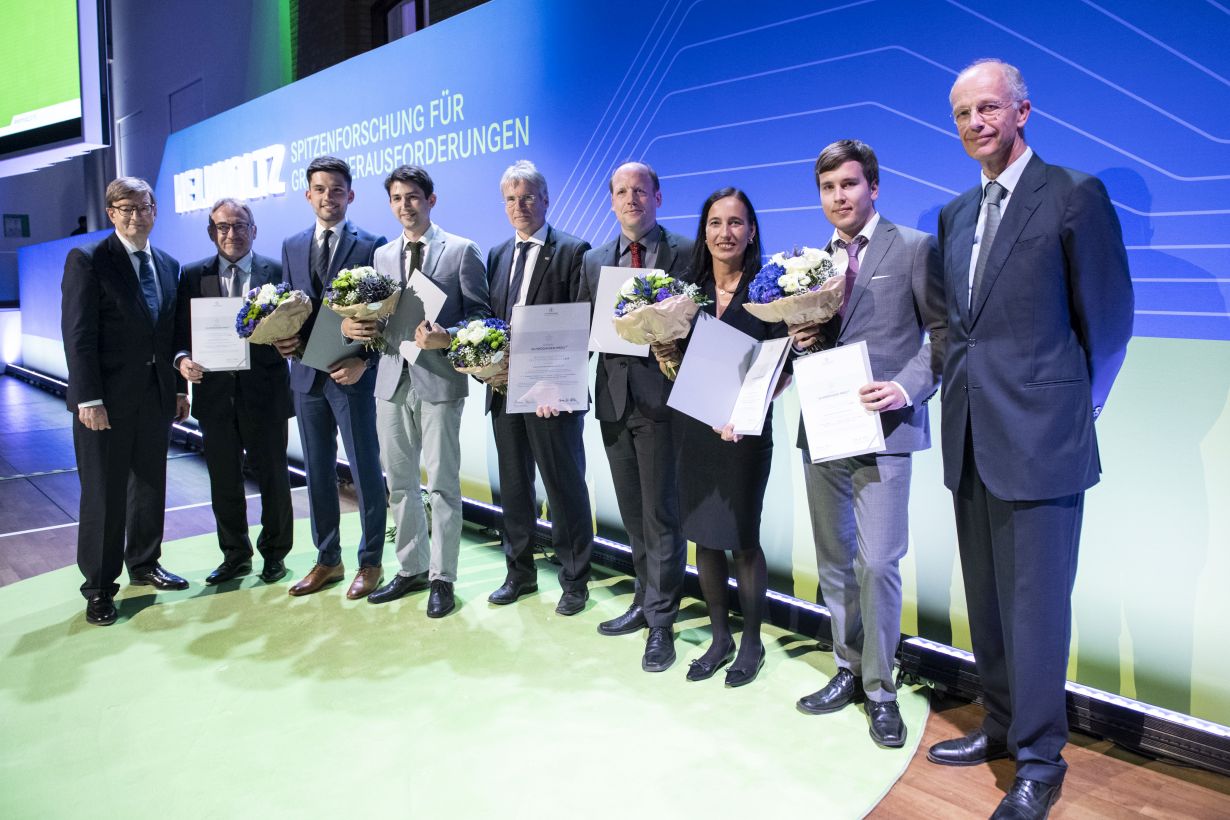 Award ceremony of the Erwin Schrödinger Prize to the multidisciplinary team of KIT at the annual meeting of the Helmholtz Association. (Photo: Marco Urban)

Within a few years only, methylammonium lead iodide (MAPbI3), and later more advanced organic metal halide perovskites, has performed an unprecedented rally towards highest power conversion efficiencies of more than 25% rivalling other solar cell technologies such as the ‘old bull’ silicon photovoltaics. A multi-disciplinary team of six scientists from electrical engineering, material science and physics at Karlsruhe Institute of Technology (KIT) has found evidence for ferroelectric domains in MAPbI3 thin-films. These ferroelectric microstructures can explain the extraordinary photovoltaic performance of modern perovskite solar cells. For their cutting-edge research, the team was awarded the Erwin-Schrödinger-Prize of the Helmholz Association an the Helmholtz Foundation.

“Photovoltaics is a major element of power supply from renewable energy sources, which has a great potential in research and development – especially with regard to the materials applied,” said the President of KIT, Professor Holger Hanselka. “With its research that successfully combines optoelectronics and ceramic materials, the team of KIT decisively contributes to the further development of perovskite solar cells. The use of such novel materials in future solar cell generations will enhance the efficiency of the conversion of sunlight into electric power, even more so as the material is easily processible and inexpensive. The Erwin Schrödinger Prize is an outstanding appreciation of this work.“ 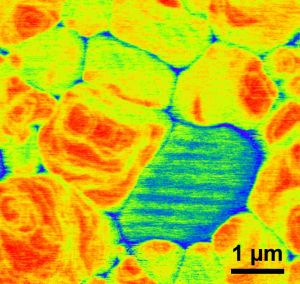 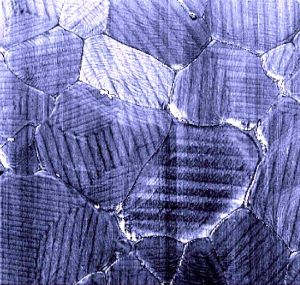 What would a perfect solar cell look like? Besides a black visual nature for optimal light-harvesting, the perfect solar cell efficiently guides the photo-generated charge carriers out of the device to the electrodes, hence minimizing recombination losses. A multi-disciplinary team at the new Material Research Center for Energy Systems (MZE) has produced evidence that MAPbI3 is ferroelectric. As such, MAPbI3 thin-films spontaneously form alternating polar domains with a typical width of 90 nm. “The microscopic electrical fields within the domains may help to separate the photo-generated charge carriers and hence to reduce their recombination” says Holger Röhm, doctoral researcher at the MZE. Together with Tobias Leonhard and Alexander D. Schulz, Röhm has explored the microscopic electric fields of the ferroelectric MAPbI3 and its microstructure.

Under the roof of the MZE, the team brought together experts from photovoltaics and ceramic materials to analyse the unique properties of perovskite solar cells. “It was fascinating to see how solar cells can be characterized using methods that have been employed for the analysis of classical ceramics” says Michael J. Hoffmann, head of the Institute of Ceramic Materials and Technologies, who has been investigating ferroelectric ceramics for more than three decades. And indeed, the identification of ferroelectricity as a key property of perovskite solar cells may provide a new design criterion for novel light-harvesting materials in solar cells. Alexander Colsmann, head of the organic photovoltaic research group, points out that “MAPbI3 perovskite solar cells are known to be unstable, and their decomposition products are water-soluble and eco-toxic” which demonstrates the urgent need for lead-free alternatives. While, in the past, incremental modifications to the crystal structure have not produced any lead-free alternatives to MAPbI3 with sufficient photovoltaic performance, the ferroelectricity observed in perovskite solar cells is a smart template for a novel class of potentially more stable and eco-friendly solar cells. “It is fascinating to see two research fields merging that used to have nothing in common in the past but that may shape the future of modern photovoltaics” concludes Susanne Wagner, expert on the characterization of ferroelectrics and microstructures in the team.

The Material Research Center for Energy Systems (MZE) has been inaugurated three years ago as a cross-discipline platform to fertilize KIT’s research on energy conversion and storage. As such, the MZE is the ideal environment to advance the research on novel photovoltaic concepts in the future. On the scientific fundament for which the Erwin-Schrödinger Prize was awarded, the research team will carry on to explore and understand novel ferroelectric compounds for enhanced power harvesting, focusing on eco-compatible and sustainable solutions. This challenge will also be embedded in the Helmholtz research program. After 15 years of research on organic photovoltaics, KIT has recently started substantial research activities on perovskite solar cells and beyond. The Erwin-Schrödinger Prize reinforces KIT’s leading position in material research for photovoltaic energy conversion.

The research was supported by the Baden-Württemberg Stiftung under contract CT-9, the Federal Ministry of Education and Research (BMBF) under contract 03EK3571 and the Helmholtz Association through the program Science and Technology of Nanosystems (STN).