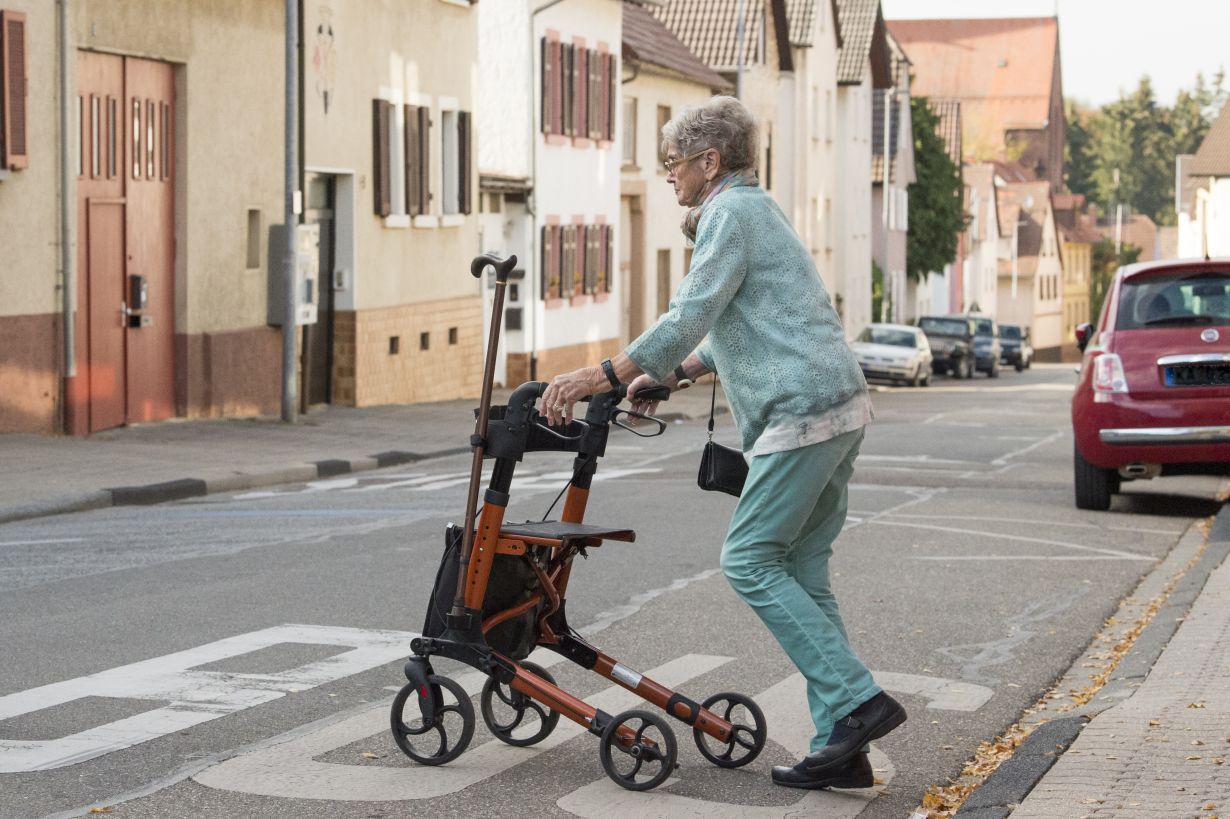 Fall prevention is an important issue in the health care of the elderly. (Photo: Markus Breig/KIT)

More than one third of all over-65s in Germany are at acute risk of falling. The consequences affect themselves and their personal environment but also the health care system. Electrical engineers at Karlsruhe Institute of Technology (KIT) want to remedy this with new sensor technology that looks at movement and the environment, making it possible to assess the risk of falling and recommending appropriate measures for preventing falls. Researchers are currently developing the prototype together with an industry partner.

“We want to assess the risk of falling exactly when and where it’s needed, namely in the domestic surroundings of the person at risk,” says Tomislav Pozaic who wrote his doctoral thesis on this topic at the Institute for Information Processing Technologies (ITIV) at KIT. So far, such an assessment has only been carried out in geriatric hospitals in connection with rehabilitation, or as part of a patient’s fall diary. “Often one or more falls have already happened before that. That’s why we want to continuously assess the risk of falling to perhaps even prevent the first fall,” says the electrical engineer.

Because potential consequences also include hospital treatments, time spent bedridden, a loss of self-confidence and, as a result, depression which accelerates physical decay even more. 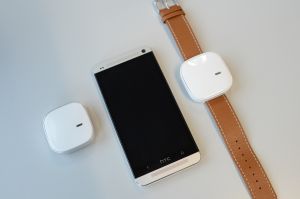 The sensor can be worn inconspicuously on the wrist like a watch. (Photo: Tomislav Pozaic/KIT)

“Depressive moods or mild colds can already increase the risk of falling. That’s why it is important to detect it early and counteract it with activation methods such as coordination training," explains Professor Wilhelm Stork, Pozaic’s supervisor and Head of Microsystem Technologies at ITIV. Costs for health care also need to be taken into account: “About two billion euros are incurred each year for follow-up treatment for falls,” says Tomislav Pozaic.

In a large clinical study in collaboration with the geriatric department of the Stuttgart-based Robert Bosch Hospital under the supervision of Professor Clemens Becker the research group examined how wrist sensors that capture both movements and the surroundings can be used for fall prevention. The sensors developed as a result evaluate both the number and type of steps and the tempo and movement. What is more, they are capable of putting them into context in their surroundings. “Different surroundings such as a road versus your own home lead to different risks,” says Pozaic.

An algorithm converts the readings from the sensor into a parameter that stands for the fall risk level – so either “at risk” or “not at risk”. When it comes to at-risk individuals, the system further distinguishes between one-time fallers and recurrent fallers.

“The advantage of the technology is that it can be used in everyday life at home and, if required, transmit the information about the specific environment of the patient directly to the doctor. This saves time on the one hand, and on the other hand makes it easier to adapt preventative measures to the domestic surroundings of the patient,” says Stork.

Information from three areas of movement – walking, standing up and arm/leg coordination – are evaluated to choose the right strategy against falls. These strategies include balance training, adjustments in medication and the minimization of risks at home.

In addition to pure fall risk analysis, Pozaic pursues another aim that is closely linked to the consequences of falls for the mental health of the affected persons: “Our focus was on an unobtrusive design that does not stigmatize. Especially people who have fallen repetitively feel ‘labeled’ as needy because of obvious preventative measures. So instead, the sensor can be worn inconspicuously on the wrist like a watch but still transmits vital information.”

The sensors are currently being developed together with Bosch Healthcare Solutions and could be introduced to the market in the next few years.