His Goal in the Next Years: To Further Promote the KIT 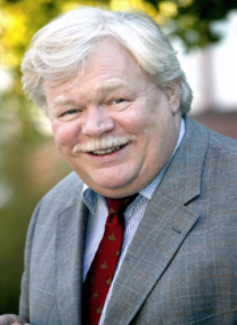 The old and new president of the Universität Karlsruhe: Prof. Horst Hippler

Hippler’s goal for the coming term of office is “the KIT’s competitiveness on the international level. In the medium term, we plan to be on the same level with the ETH Zurich. In the long term, we wish to be on equal terms with our namesake, the MIT in the USA. To be among the top in the world, we have to offer ourselves properly – our competitors e.g. at Singapore, Hong Kong, in Korea and Taiwan do not sleep.” Looking back on his eventful first term of office, Hippler mainly remembers the efforts taken to turn the initially very careful proposal for the Excellence Initiative into a courageous and novel concept of KIT within a rather short period of time. The fact that the merger of the Forschungszentrum and the Universität Karlsruhe will take place presumably until mid-2009 means “that we have convinced politics”, underlines president Hippler.

Prof. Dr. sc. tech. Horst Hippler, 62, has been working at the Universität Karlsruhe as a full professor of molecular physical chemistry since 1993. He is president of the TU9, the nine leading technical universities in Germany, deputy spokesman of the plenary meeting of the universities with the Association of Universities and other Higher Education Institutions in Germany, and member of the Council of the German-French University.

Following his physics diploma examination at Göttingen, he was awarded his Ph. D. at the Ecole Polytechnique Fédérale (EPFL), Lausanne/Switzerland. Hippler worked at the IBM Research Laboratory in the USA and as a scientific assistant and partial project head of a collaborative research center at the University of Göttingen, where he qualified as a professor in 1988. In October 1993, he moved to the Faculty of Chemistry of the Universität Karlsruhe. From 1995 to 1999, Hippler was dean of the Faculty of Chemistry, from 2000 to 2002 vice president for research. He was co-initiator of the first DFG Center for Functional Nanostructures in Germany. Hippler is married and has a daughter.